Why Isn't There Mexican Food Delivery?

And 9 other questions we'll never know the answers to.

1. Why isn't there Mexican food delivery?

Predominantly, we really only have two options for delivery: Chinese or pizza. I've had so much soy sauce this past year my asshole can practically speak Chinese. But why isn't there Mexican delivery? If you think about it, Mexican delivery makes the most sense: you're already in loose-fitting clothing and you're already near your favorite bathroom.

And let's all be honest here, nobody leaves a Mexican restaurant saying, "Well, I think I'll hit the gym for a little then come home and work around the garage." No, two minutes after leaving a Mexican joint the only thing you're thinking is, "Glad I have leather seats." 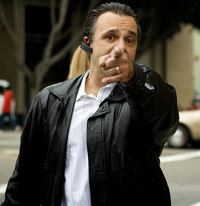 We get it, gay marriage is legal now.The first time you saw someone with a Bluetooth headset you probably thought, "What, you work for Star Trek or some shit?" You'd think by now we'd have some Jack Bauer, adhesive, skin-tone-colored little speaker you could hide in your ear. I see the convenience of a hands-free environment while working or driving, but when you're walking down the fucking street you look like a clown. "What's that babe, 2% milk? Not skim? Got it." Whoa, watch out, this guy must be important. He's got so much shit to do he doesn't even have the time to hold a fucking phone to his head. I hope your Bluetooth morphs into a Decepticon and stabs your brain. (Enough. You already make plenty of Star Wars references; we don't need obscure Transformers jokes too.)

3. Why are anonymous comments so angry?

"I WILL FIND YOU AND KILL YOU! I fucking hated that! That was so fucking stupid I want to beat you to death with a mason jar full of bacon grease. Do you have a cat? Do you have a fucking cat? ANSWER ME! By God I hope you have a cat, ‘cause I'm going to put that motherfucker in a microwave! I hope you get hit by a station wagon full of Nickelback fans, then get tossed into oncoming traffic only to get hit by a guy on a fucking Vespa. Ten when you get to the hospital I hope they switch your charts and give you medicine you're allergic to and you get your stomach pumped. And then when you get released from the hospital as a paraplegic, I hope you get home and have the most uncomfortable itch that you can't scratch and can't tell anyone about because you can't talk. Now you can't write fucking stupid shit like this anymore. I fucking hate you!

But, I do agree about the part on Twilight, that shit is so gay yo!"

4. Why is it fucking impossible to re-fold a roadmap correctly? 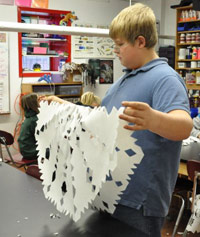 Welcome to the real world, kid. (Wait….where the hell did you just come from? It's 2012; you don't have a GPS, or a smartphone, or built-in navigation, or Google Maps, or MapQuest?) Sure, but I still use conventional roadmaps. But really, it's like they have a little China man (that's racist) locked up in a closet who's sole purpose is to fold shit in a manner impossible to re-create. It's like buying a fake Christmas tree then trying to put it back in its box. It starts off six foot by one foot by one foot; then magically, on January 1st, the fucking thing is like trying to fit a bowling ball into a film canister (what is this film canister you speak of?).  Now my glove box now looks like I've been storing Quasimodo's origami.

5. Are all vampires Christian?

(This excludes those sparkly goth queers from Twilight.) Think about it, "the cross," it's like all traditional vampires are Christian. Is there a Jew vampire in New York that freaks out over the Star of David? I mean, how fucked would you be if a vampire approached you and you pulled out a cross and he was like, "Silly mortal, I'm Muslim. DRACULA AKBAR!"

6. What the FUCK is fancy ketchup?

Nothing less for America's finest restaurant. I want answers! Was there a time in the late 30's when the Waldorf Astoria introduced "Fancy Ketchup"? Try our new Fancy Ketchup, it's the beez knees! Sure, there's whiskey, then there's 18-year reserve whiskey; there's steak, then there's Kobe beef; but ketchup? "Our ketchup is made from the finest dry aged tomatoes, grown and hand picked in the most fertile soil from the Champagne region of northern France."

Also, I want to go to someone's house and be served "non-Fancy Ketchup." Then while driving home we can laugh about how poor they are. "Did you see when Henry pulled out the ‘regular' ketchup? I wanted to say, ‘Didn't know dinner was brought to us by the Dollar General,' hahahaha." "Oh Clancy, you're just being a bluenose."

7. Why is it trendy to hate Apple products?

Okay, let's face the music (no pun intended [actually, pun intended]): Apple revolutionized the portable music player and the cellular phone. What they did for these two devices was at the time (and still is) ground-breaking. When the iPod/iPhone hit the market people were selling children to get one. But now there is this spawned generation of anti-Apple people who talk about Apple like an ex-lover. "Does Apple talk about me? You saw iPhone last night, did he look good? I hope iPods new girlfriend looks like Mark Hamill. Sometimes when I'm sad I just drive by iPod's house at night." "THE NEW DROID DRAGONCOCK vII! COMING THIS FUCKTOBER TO A RADIOHACK NEAR YOU. IT'S AN IPHONE (iPhone looks weird in all caps) KILLER!" Sure, it's an iPhone killer; until they release a new one… and it makes your Droid Dragoncock look like a fucking kitten licking an ice cube.

8. Why don't people use turn signals?

Come on people, just use the fucking signal. Look, Obi Wan fucking Kenobi, the force isn't with me, so while you ride next to my front quarter panel traveling the exact same speed as me, don't flick me off when I pass you, causing you to get in behind me because I couldn't receive your telekinetic requests to get in. Actually, you're right. I know goddamned well what you want, but like they say: play stupid games, win stupid prizes. And people come up with so many fucking excuses: "I figured I had enough room." "I thought they'd notice me." "Jesus Christ was in the back seat holding me at gunpoint." Bullshit, you lazy pretentious prick.

9. Where do you draw the line between art and fucking idiots?

(Another pun!) Recently I saw someone on stage reading want-ads from a newspaper proclaiming it a form of art. "It's spoken word, performance poetry." Fuck you. I could eat a bowl of SpaghettiOs and shit a better argument than that. "Oh what a moving piece!" What, you have to shit? "No, it's Neo-Minimalistic. The artist is expressing his desire to be accepted, but not losing his identity either." …It's a fucking black square painted on canvas. "Yes, but it's his eccentric guise that makes it work." Okay. So. If I shave my eyebrows, wear a Venetian Collar, and paint question marks with my pecker, what does that make me?

10. Why are there so many options for laundry detergent?

Consumers are faced with options, which is good. However, there are some products that are a little over the top; for example: laundry detergent. I could understand if the choices were scents of lavender, jock itch or tilapia. But to have a whole fucking aisle at HOLYSHITMART dedicated to laundry detergent is ridiculous. I expect one thing from my detergent, and that is to make my shirts smell like a cigarette didn't just sodomize a bottle of Jameson. But when I watch my wife decide between Mountain Air and Valley Breeze, I feel like going postal. "Gosh, I just don't know; I mean I love Mountain Air in the fall, but something about running through a valley of hay softer than a Care Bear's pubes just makes my lady-bits giggle."

Related
There is Literally No Caffeine in This Espresso, And I Will Sit Here Shaking Until I Get a Refund
Dakota James
There’s an Uncooked Burrito in the Microwave, Now What?
Ash Davis
There is Life After Golf, Tiger Woods
Sheldon Toro
Resources