Before I start with the list, I’d like to credit my motivation and much of the content of this article to a friend of mine named Will for starting the following conversation with me:

Granted, I’m only half Jewish on my father’s side, which makes me technically not Jewish at all, but I’m still the most Jewish person he knows. Anyway, without further adieu, I give you: 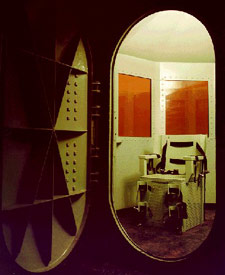 Treat your drunk Nazi Party-goers to a blast from the past with “The Time Machine”!

Storm Troopers handing out jungle juice, Eva Braun in a miniskirt doing a kegstand — what could be better? I can name a few things. For one, this is the one time per year your Hitler ‘stache will be in vogue. Also, ever had a party become so big the fire marshal stopped letting people in? Unleash the Blitzkrieg. Even if your troops are too drunk to take over another house, you can probably still get Poland to surrender with an angry phone call. Finally, with this theme comes the single greatest themed room of all time. Mess with the pipes a little bit, get an ounce of pot, and suddenly the showers become The Gas Chamber. If you’re SAE, you can even force a few pledges to tattoo stars of David on their arms and lie naked on the floor.

This one’s pretty simple: everybody has fun but the black people, who toil endlessly and thanklessly to entertain those of proud Caucasian heritage. Understandably, some groups will be afraid that this is discriminatory and offensive. If you share these worries, you can always throw the same party using pledges to do the work instead. Of course, then it’s just a frat party.

30’s attire is optional, but no liquor! If you’re clever, you’ll find some Mexican or Canadian friends outside the party and sneak alcohol in cleverly concealed in coffee (think of it as the 40-year-old’s Red Bull and vodka). Just remember, though, those men dressed in kooky 30’s police outfits are actually security guards, and if they catch you, they’ll throw you in the paddy wagon! Seriously, though, you’ll go to jail with an MIP.

Rejected only because it seems offensive, this is actually the greatest party of all time. After all, the staples of the AIDS Party are unprotected sex and shared needles. Even better, if you come dressed as and acting like an AIDS victim, before the end of the night you won’t even have to pretend to be infected anymore!

Seriously, this one just sucks.

This isn’t so much a party of its own as much as the act of stealing just enough hot girls and beer from what would otherwise be a successful party to ruin it. See, I can write political humor too.

8. The Darfur Party (or Janjaweed Bros and Zaghawa Hoes)

This is actually a variation of the “Build the Bar” party. For those of you unfamiliar, the Build the Bar party requires each person to bring a handle of alcohol to build the bar. The variation here is that you have to acquire your alcohol by looting. Also, at any point, you’re allowed to yell “Hurricane!” and throw a bucket of water on someone. Of course, they’re also allowed to yell “Police helicopter!” and shoot you.

On the one hand, this could turn out brilliantly—slutty Eva Braun making out with sluttier orphans in The Gas Chamber. On the other hand, people could take the fun out of the night by choosing poor, offensive costumes, and God knows we wouldn’t want to end up with a Golf Pros and Tennis Hoes party.