A Teacher's Guide to Shooting Students

A year ago, South Dakota became the first state in the USA to create a law specifically permitting teachers to carry guns into schools, and several states now have similar policies in specific school districts. It's an important step forward in combating the prevalence of school shootings in the United States, a problem unfortunately not quite large enough to warrant banning assault rifles. But it's a big change for teachers across the state, many of whom will have never shot a child at all!

I'm not going to bog you down with tedious regulations and guidelines, as I firmly believe that any teacher carrying a gun into class with the intention of using it against their students should mostly just go with their gut. But a bit of advice couldn't hurt, unless it was given by a delusional sociopath who just got hired and fired in the space of a week. 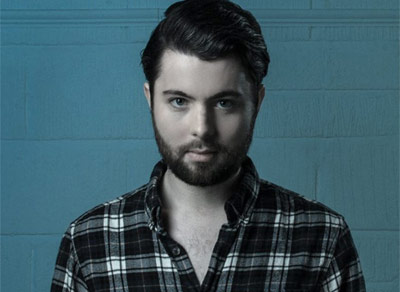 Here's a picture of me for no reason.

Before you start getting excited, it's important to note that this is a preventative measure intended to stop students from committing killing sprees. It is not carte blanche to shoot any teenager who acts like a jerk, because we do actually need some of these kids to graduate at some point.

First, you'll need to identify the likely culprits before they go full Rambo, so that you'll be prepared when they do eventually snap.

Look for the quiet ones. The arrogant ones. The ones who think they're smarter than the rest. The ones who are smarter than the rest. Who think they're above you. Yeah, like Tanya over there. Always sitting in the corner, working away at her biology homework. Her assignment on evolution was impeccable—she's really good at sorting creatures into hierarchies. And guess whose name was on top of it? That's right, hers. You've gotta sort this kid out before she flips out and takes you all to hell with her. 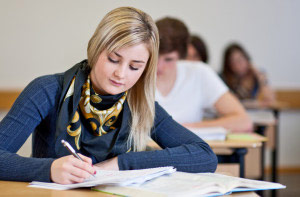 And yet if you shoot her now, you're the one who'd go to prison.

But you can't shoot them on suspicion alone, and it's your duty to rehabilitate them, if possible. Help them understand that they're not meant to feel this way. Let them know that they're insane, that their minds are irreparably demented. This will help them to understand that something is wrong, and accepting that they are unlovable mutants is the first step to recovery.

Prepare them for the future they face. Tell them, with complete honesty, exactly how unpleasant they are—both physically and mentally. If you help them to see that nobody will ever love them, you'll prevent the inevitable crash that they'll suffer when they discover it for themselves. It seems harsh, but it's better than deluding them—you'd only be setting them up for an even greater fall.

If that fails, then do all you can to minimize the potential damage. You can't let their madness spread to the other children. Isolate the crazed maniac. Tell their peers to shun them, point at them and laugh as an example to the other children. Teach them that they will be ostracized if they're anything like Hippoface, preferably by erecting large posters of the child's face photoshopped onto an actual hippo. Not only will the others learn what not to do, the defective model in question may even depart in shame. Problem solved!

However, despite all your best efforts, it's inevitable that you will eventually run into a student who's just going to try to kill everybody, no matter what you do. Every teacher gets one sooner or later. It's unfortunate and tragic, but it is your solemn duty to step up to the plate and finally have some fun for once.

One of the greatest dangers that the armed teacher faces is their own predictability. If you're carrying the same 9mm every day, Timebomb is eventually going to learn to wear a Kevlar vest to school. You've got to mix it up—one day it's your service revolver, the next it's the sawn-off, Wednesday you relax on the field while you watch them work through the scope of your Barrett M82. 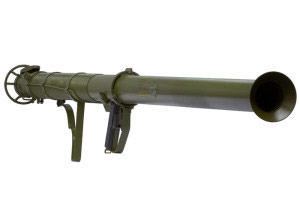 And that's not the only reason to keep a variety of armaments on hand. Militaries don't invade other countries with just one type of weapon, no matter how defenseless their targets are. You'll need many different weapons to cope with all kinds of eventualities. For example, your standard handgun can only kill, like, ten students before running out of ammunition. A high-capacity magazine will help you end a few more young lives, and assault rifles can be used to suppress uprisings of up to thirty students before you have to reload!

You also need to consider that many of the younger students are small and nimble, so hitting them with such precise weapons may be unfeasible. Frag grenades and flamethrowers will be the order of the day for such problem individuals. Incendiary devices are particularly useful in science labs, which are often hooked up to gas pipelines.

Some teachers may occasionally not want to kill a child, but rather incapacitate them. If you are so inclined, you should keep an assortment of non-lethal weapons on hand. I recommend a "three strikes" system to avoid unnecessary bloodshed: first-timers get flashbanged, second offenses result in being tased, and only on the third infraction is the student pumped full of lead.

This will all have to be tailored to your personal budget, of course. Public school teachers may be forced to make do with a rusty old revolver and the hunting rifle they confiscated from Big Jake last year, while private sector educators will have everything—from the latest Smith & Wesson, to Claymore mines (to defend against students approaching the teacher's desk without permission) and drone strikes (which are near-guaranteed to hit the right classroom!). 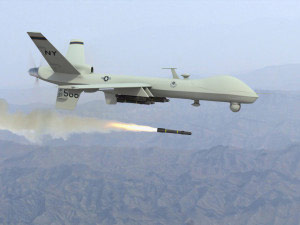 "Wait, which Dakota was that? Eh, fifty-fifty."

Finally, remember that pure killing efficiency is not the only consideration. You might forget that this is supposed to be a deterrent, not just an excuse to shoot children. I certainly did. You're trying to intimidate students into respecting you, and to do that you need to speak their language.

Sure, you realize that a handgun is a serious weapon that can very easily kill a person, but they've grown up with all kinds of violent video games, and these provide access to some absurdly massive guns. They've trained children to see pistols and submachine guns as "low-tier" weapons, and so they probably won't respect their power. To suppress them properly, you'll need something that would command respect in a video game context, such as a rocket launcher or a quad-barrel shotgun. Dual-wielding is encouraged, as well as gold-plating your guns (this demonstrates that you have made many headshots with it and have unlocked mad achievements).

Of course, there will be early missteps. Some of you will have never handled a weapon before. Instructions will be misheard. Safeties will be left off. Teachers will bend the rules here and there, using guns to point out things on the board, discipline students, alleviate boredom, control pests, turn off lights, provide encouragement, and so on. 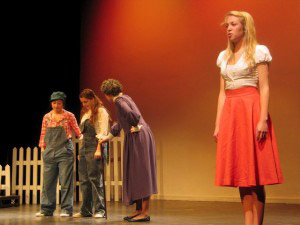 "I'm not weeping. I SHOULD BE WEEPING!"

Mistakes will be made, and it's important that we not start getting into an uproar every time a well-meaning educator shoots the autistic kid. What matters is that we prepare ourselves, and that we learn from our errors. In particular, we need to make sure to train our teachers—and since most existing firearms training doesn't teach people how to execute children, you'll need to set up some custom exercises. Commute some of those unproductive detentions into after-school combat drills! Use those ne'er-do-wells to demonstrate for your fellow teachers when to (and when not to) fire upon students, and use them as bystanders to stand in the middle of simulated firefights (rubber bullets only! Can't kill them until they give you an excuse).

Ultimately, you'll be fine so long as you keep your kill/death ratio in the green. People will make a fuss, but you shouldn't concern yourself with the mutterings of armchair generals. Keep your chin up high, your eye on the students, and your finger on the trigger.

Related
A Guide to Nonthreatening Celtic Symbols
Ben X. Kim
A Guide to Determining Whether You Should Take Your Child to the Emergency Room
Joseph Thomas
The Survival Guide for Open Mics
Danny Dalah
Resources

People look at me funny when I tell them I’m color blind. I’m not a freak. I still get turned on by peacocks!