Small moments of workplace joy you can extract from your own ass.

There are several ways you can use your God-given ability to produce weaponized shitclouds for personal satisfaction and enjoyment in the workplace. I refer to this category of passive-aggressive office maneuvers as "Fart Attacks." We'll begin the discussion with one of my favorites: Elevator Farts. 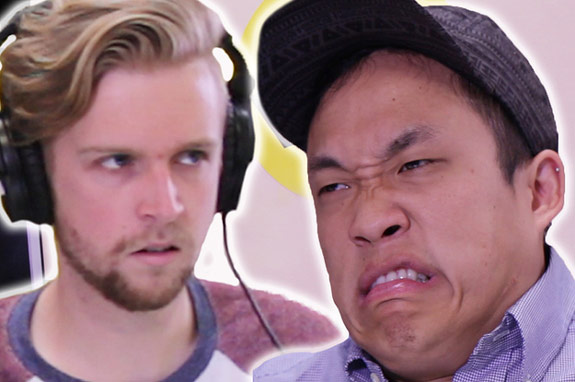 There are three types of elevator farts:

Farts in a crowded elevator require a hardened, unflinching poker face, confidence, silent farting ability (see "Fart Attack Diet" below), and most of all, bravery. It will be extremely difficult not to laugh or make eye contact with the other passengers while you're holding your breath. In the aftermath, just remind yourself that it doesn't matter what they were thinking, or talking, about before the fart, because it's all they will be able to think about after it happens. The best part of the crowded elevator fart is that if you keep it quiet, they will have no idea who is responsible.

Solo bombs require timing and speed. You have to hold it back until right before you swiftly exit the elevator and run away. This kind of fart-attack has to be fast and aggressive because you won't have much time to squeeze out the cloud between when the door opens and when you jump out. Be careful not to fart in haste. Wait until the door is open, you have confirmed that you have a clear exit, and that there are no witnesses.

One-on-one psycho farts are a direct form of aggression toward the other passenger. They will know that it was you, but office etiquette will suppress their urge to gag or protest. You can probably make direct eye contact with them before, during, and after you expel your noxious vapors without them so much as grimacing. The joy of this type of attack is that you can stare into their soul and watch them silently surrender.

Meeting farts are a lot like elevator farts, because they can be anonymous, and they occur in a relatively crowded space. The main differences are that you will likely know your victims personally, and there is no quick escape. You can't do these too often because that would make it possible for them to deduce the identity of the perpetrator, you, by process of elimination.

To execute the Drive-By fart attack, walk briskly by your target's office and squeeze it out mid-stride as you pass. If the victim is quick, they could follow the scent of your gas-trails and discover your identity, but they probably won't. After you pass by their desk, turn a corner and move out of sight at your first opportunity.

At the end of a conversation, or meeting, in someone else's office, flex your fart-muscle and quickly scamper away. If it were in a hallway, they could walk away too, but because they are already in their office, it will be too awkward for them to run away without justification. In other words, if they were to leave abruptly, it would be a silent accusation, and that potential awkwardness will hold them captive. They will remain in place, accept their fate, and will wallow in your gaseous gift until (if) it dissipates. Ideally, they will be stuck on a phone call, and unable to escape. This leads us to the next type of fart-attack, the Now-I-Got-You attack.

Like the Fart-and-Run, the Now-I-Got-You is a hit-and-run maneuver. You do it when your target is stuck on the phone, using a toilet, or blissfully eating their lunch. This fart attack can be carried out on individuals, or groups. Farting into a group of people while they eat their lunch will provide you with anonymity, and deep satisfaction!

Like a force field, your fart cloud is invisible and dangerous. It provides a proximity barrier to your personal space, and it is undeniable to those who feel its sting. If the enemy is encroaching on your space, lingering by your office, or having incessant conversations in a common area near your desk, the fart force field is a good technique to keep them at bay. Every time they come too close, or refuse to leave, let a bad one crawl out of your ass. Eventually, they will associate your personal space with awfulness.

If your office is prone to overheating in the summer months, your enemies may place fans around the office to keep cool. This provides numerous opportunities to give your farts direction, and gives you the advantage of distance. You can bring in your own fan to the same thing if you don't care about anonymity. Also, as a bonus, farts in hot rooms cause more misery.

Without the right diet, your farts will be weak. Diet is critical to having the necessary power and intensity to strike when the opportunity arises and to make it count. The Fart Attack Diet has two primary food components, foods that increase volume, and foods that increase filthiness.

First, you will need to eat foods that produce voluminous gas clouds. This component includes foods like beans, whole grains, and complex carbohydrates. Be careful not to create too much gas though, because farts with more gas also have more decibels, and can blow your cover; if you care.

Second, enhancing the toxicity of your farts requires that you eat foods that increase their sulphur density. Foods that I recommend are garlic, onions, cauliflower, and broccoli. These foods produce silent, supersaturated gas clouds. These farts will make most people grimace, or at least flinch; some may even cry.

Fart Attacks are a wonderful way for you to carry out silent, satisfying, passive-aggressions on your peers. If done correctly, most of them are anonymous, and will provide you with some brief moments of true happiness.

When you first start fart attacking, do not practice in your place of work, or around people you know personally. Instead, get your practice on with strangers. Great places to work in beginner practice include: city buses, fast casual restaurants, grocery stores, or any other enclosed spaces without windows.

Related
5 Must-Have Throw Blankets from Amazon to Stay Cozy in While Their Workers Fight to Unionize
Lane Unsworth
The Future of Offices: Dirt Floors with No Furniture
Kenji Sasaki
I Will Not Be Issuing a Refund For My Unorthodox “Next Stop: Team Town” Workshop
Jesse Shamon
I’m the Exclamation Mark in Your Work Emails and I’ve Had Enough
Mac Faber
Resources