In Defense of Mansplaining

Listen up women, you could learn a thing or two.

In recent weeks, I've heard the term "mansplaining" used quite frequently, aggravating me to no end. What can one do when legitimately tasked with explaining an abstract concept to a woman of demonstrably inferior intelligence? It happens more often than you might imagine. I fear all my interactions with women doomed to be labelled as "mansplaining" so I'd like to say a few words in its defense. 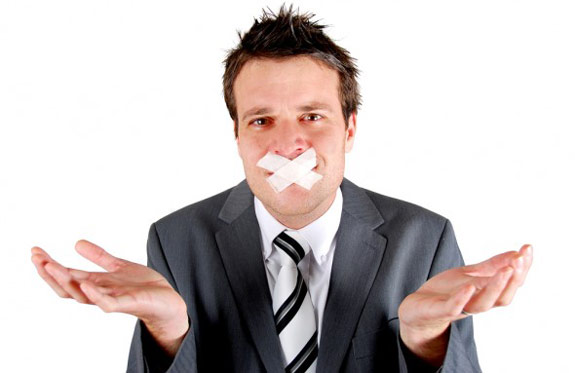 We should begin by defining our terms. Mansplaining is a portmanteau (that's two other words that have been smashed together) of man and explaining. Fair enough. But why should the process of explaining have such pejorative (that means "bad") connotations? What member of the fairer sex wouldn't welcome the stream of information that only I, as a well-educated and articulate man, can impart?

If women are so averse to having things explained to them, I invite them to persevere (that means "keep going") in their ignorance.The concept is problematic in terms of its morphology (that's a branch of linguistics concerned with the structure and rules governing root words, affixes, etc). Are women allowed to reject or deny information if it comes in the form of a mansplanation? Or even a mansplanatory email? If I happen to find myself lecturing a naïve ladyfriend about ESP (that's "extra-sensory perception"), shall I refer to the subject matter as "unmansplained phenomena"? Madness.

And in practical terms, I fail to see how this idea of mansplaining is actually harmful to women. History's most notable geniuses have all been men. When the fairer sex develops one or two franchise players (that's a sports analogy) in the genius department, then I'll be more inclined to position my explanation as though I'm speaking to an equal.

Moreover, I posit that all women benefit from so-called mansplaining. It wouldn't matter if I were speaking to, say, Marie Curie about radioactive isotopes (that's a variant of a particular chemical element). My insight, as a member of the historically-dominant race, and gender would inherently be more valuable than her dainty flights of fancy.

Perhaps if these women were to put down their shiny jewelry and other frivolities, they would likewise be able to abandon "mansplaining" and embrace other neologisms (that means "newly-created words"). The internet (that's a global system of interconnected computer networks) has already offered some good woman-friendly suggestions:

Bridezilla (noun) – An engaged woman who succumbs to typically female hysteria while planning her wedding.

Butterface (noun) – A girl whose features are appealing except her face. Someone to be avoided.

Feminazi (noun) – A woman who, against all reason, believes in gender equality.

In closing, the very notion of mansplaining is biased, dismissive, and ultimately counterproductive. If women are so averse to having things explained to them, I invite them to persevere (that means "keep going") in their ignorance. Meanwhile, I'll still be happy to drop loads of information and exposition across the faces of any and all willing lasses. But no fat chicks.

Related
To Thank LeBron James for His Brave Defense of China, We Will Be Forcing All of Our Political Prisoners to Watch “Space Jam 2”
Brendan Smith
Resources

The Pleasure Is All Mine
Mike Langley
Ask a Work Frenemy
Noel Crain
Sorry Friend, This Here’s One of Them Non-Negotiable Contracts
Matthew Thiele
I’m the Middle-Aged Adult Who Writes All of the Dialogue in This Teen Drama
Shelby Jennings