The step-by-step guide to interacting safely and successfully with nature's great playmates.

Aren't bears great? They can be your best friend or your worst enemy depending on how you treat them! Because of this, information on what to do in the event of a bear encounter is often worryingly counter-intuitive and contradictory. So today I'm going to answer the age old question, “How do you interact with bears safely?”

After scouring the internet for information on the subject, I have accumulated what I believe to be the definitive, easy-to-follow guide on how to have fun with bears.

Before you start having fun with bears, it’s important to first know your bears. The first thing you need to do when you encounter a bear is to determine what type of bear it is, as this will influence how you should act.

CAUTION: Adopting the wrong approach to a bear can be fatal. Black and grizzly bears require very different approaches. To ensure you adopt the correct approach, make sure you know your bears by observing certain physical characteristics. 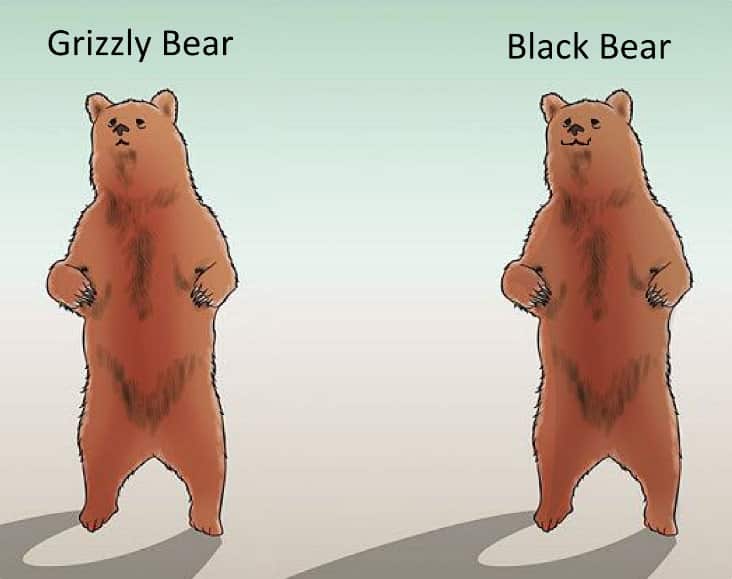 Both rub their nipples seductively, but only black bears enjoy it. 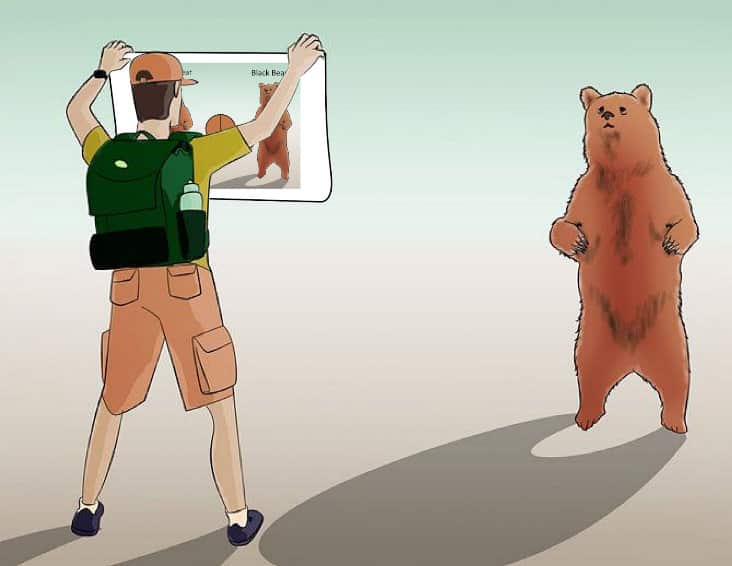 Once you’re comfortable with your bear classification technique it's time to have some encounters.

2. If it’s a black bear, attack it immediately before it has a chance to run away.

Black bears are naturally scared of humans and will run away from a fight given half a chance. Don’t let them.

Here’s how to fight a black bear:

3. If you encounter a grizzly bear, play dead.

Unlike black bears, grizzly bears are playfully violent and much more likely to attack you for fun. Upon encountering a grizzly, lie face-down on the ground with your back to the bear and your arms protecting your neck. Allow the bear to play with your apparently lifeless corpse until it gets bored or has eaten you.

4. If you encounter a mother bear and her cubs, corner them.

Bears are notoriously feeble-minded and will give in as soon as they are backed into a corner, particularly when separated from their young. It gives them a well-deserved break from the responsibilities of parenthood and allows them time to reflect. If you can, separate the mother bear from her offspring, and usher her into a confined space or corner. Bears are always easier to deal with on their own, and taking the mother somewhere physically restricting will significantly dampen her aggression.

Running can be done in and out of panic. Bears are naturally slow and lazy so won’t chase you even if hungry. Unless of course they are brown bears. They can run as fast as a horse.

Brown bears can’t climb trees – unless they are black bears, in which case they are very good at it, probably much better than you. But if it’s not a black bear, climb the nearest tree. Unless there’s a bear in it.

That concludes my simple guide on how to survive a bear encounter. Remember, don't panic, be safe, and most importantly, have fun with bears.

More Like This
10 Fun Ways to Market a House Without a Garage
Tyler Holme
I’m Not Going to Let a Charging Grizzly Bear Keep Me from Living in the Moment
Tod Brubaker
How to Survive a Break-Up: 10 Guidelines of Emotional Support
Wesley Jansen
Comedy Courses

Feelings: they never had a chance. You never hear about them swimming, only sinking.