An Ode to Being Fat

An in-depth look at the plus sides of being overweight.

Everyone has their preferred charity or cause they like to support, and mine is being 33.3% beer and batter by volume. Since eating and drinking are subjects very close to my cholesterol-choked heart, when I'm not busy planning a suicide Jackie Chan would be proud of, neglecting my family and friends, and being generally awful, I like to meet my weekly exercise quota by waving goodbye to the Domino's delivery guy.

As someone fat enough it would take even 19th century sailors a few years at sea to be tricked into fucking, I'd like to take a moment to reflect on the silver lining of carrying this extra baggage. (My therapist, should he or she ever materialize, would probably applaud my positive thinking at least.) The title is a tad misleading, since I know as much about odes as I do about electrolytes, but the following are four reasons why being overweight kind of rocks…albeit slowly and with a good deal of wheezing.

Using the gift of "absence of head smash," I'm able to hazard a guess that if you care deeply about your weight, every decision you make hurts. Every slip from your horrible, masochistic regime is all the more crushing because you know exactly how many calories that delicious ham and Emmental croissant set you back from your tragic daily cou—MMMNOMNOMNOMNOM.

We've risen to the top of the food chain not because a select few of us can bench press three Oprah Winfreys, but because we can write operas and odes and stirring porno narratives.I'm not saying that these kind of folk necessarily deserve the Seppuku-ish agony they put themselves through every time they inevitably fail to meet the impossible standards they set themselves, I'm just saying it's Schadenfreude. And also funny. Because to a normal person, having the odd moment of weakness… Oh Christ. OK look, I'm well aware that the "normal person" identifier barely means anything at the best of times, let alone this context, so in the name of simplicity let's set some ground rules before we go any further.

Nobody's denying that there are people out there who unironically go to spin classes and make packed lunches out of "superfoods" and count calories and measure their entire worth as humans by their body fat index so let's just call these people "twats" and be done with it, OK?

I'm also not saying that dedicating yourself to building the body of a Grecian god is a bad thing, it's just that mythic figures like Hercules and Theseus managed to do so without the dump truck full of whey and self-importance. Plus, they had personalities. Ah, but I guess I shouldn't be shitty. Artists like Michelangelo proved these meatheads burn half their daily calories alone just fretting about their tiny cocks. 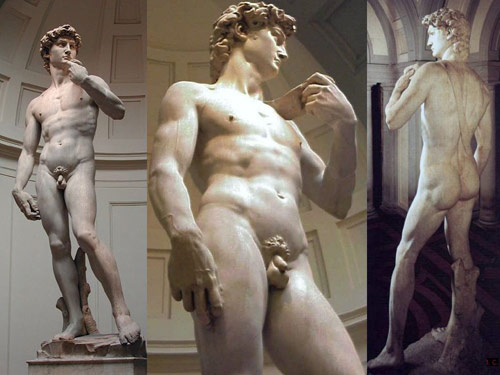 This could be you!

Enroll at your local gymnasium today!

We promise not to laugh at it!

This idiocy, thankfully, isn't the norm. What is the norm, is a more difficult question. So let's just attribute normalcy to anyone who on occasion aspires to being a straight-lace twat and on most others is like you (maybe?) and me: having sensibly realized that food stops becoming food the second you start over-analyzing its chemical content, and accepted that much of what makes life worth living in this first world is not also going to bestow one with everlasting health.

Personally, I thought the great benefit of humanity's sentience was that, yes, we're all aware of our immediate mortality but we developed things like Star Wars and Nutella waffles and poetry and reverse cowgirl so that we didn't have to spend every minute of the day weeping about it. What I'm saying is, anyone who takes any interest in their own health is evolutionarily backward.

Which leads me, in an oddly roundabout way, to my point: if you have even the slightest bit of self-awareness, you should have realized that the odd peanut butter and fudge ice cream doughnut tower garnished with Baconators isn't going to kill you at this point, but a million fucking other things out there are only too happy to. So why the hell wouldn't you get your fill before one of them succeeds?

2. Plus size models are now considered "just as sexy." 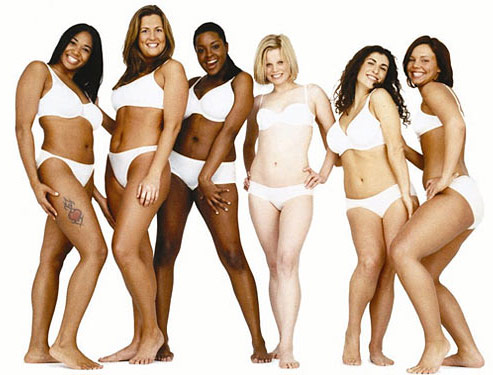 "Hi! We're plus size models! In other words, we're a twisted specialism for deviants who like their humans to look like normal humans normally do."

So why don't we call that one a draw.

3. Getting fat was just fate.

If you're one of those insufferable types who believe anyone can be fit with a few small lifestyle changes and can-do spirit, then you clearly don't know anything about genetics or psychology or physiology or even those mystifying shapes those weaklings you see at the gym struggling to care about jazzercise call "words." But in the spirit of inclusivity, I'd like to call your attention to a paragraph up there where I proactively called you a twat, and as a bonus, congratulate you on making it this far down a page not dedicated to protein shake recipes.

Everyone is different, and not just in the drum-circling hippie sense. We all know that one lucky bastard who appears to be able to eat whatever he wants and do nothing but smoke sticky and watch 60's Batman reruns yet not be sufficiently chocolate-based to have the melting point of human mouth. That isn't some kind of trick. Some people can just do that. Which by the same token, means some people are not going to go from flotation device to sex god in a matter of months, dingbat.

Forgetting, for the moment, any kind of persecution you may have suffered within your family unit for soaking up extra gravy with your lovehandles as a child, being overweight still has this weirdly medieval stigma attached to it in mass media as well as the health and fitness circlejerks. Ultimately though, in some ways, if you were overweight as a child and young adult, things may have picked up for you in later life.

For example, while the naturally healthy and handsome kids were out learning that no possible achievement in life is greater than clumsily fucking a higher number than your friends, us mentally healthy types were out cultivating rich inner gardens—exciting mental landscapes full of fledgling hopes for the future and awareness of our feelings, motivations, strengths, weaknesses and strange, schizophrenic fan fiction ideas. Like if Optimus Prime had shown up during the Renaissance and declared that if he were to fail to woo the Doge's daughter before Carnivale, then Megatron would declare war on the Orc-pal States and Pope Palpatine IX would have no choice but retaliate with the Vatican Star doom fortress and ad-libbing this kind of paint-by-numbers "random" nerd shit makes my head hurt.

The human form has limits and we reached the extents of most of them in the last century. Which makes the absolute mental and physical torture of denying ourselves the few corporeal pleasures left in the culturally stagnant and cynical corporate dystopia we live in all the more pointless.

If you're anything like me—handsome, talented, completely dissociative and longing for a death that might at least merit the odd retweet from the Darwin Awards—then I am just, so, so sorry, but more relevantly, you may have gone your whole life shrugging off shitty comments about your weight.

This may seem strange since I obviously have so much wisdom to offer from a life totally not typified by catastrophic mistakes, alcohol, bagel and Bioware abuse, but I only realized this point a few days ago. Namely, that the single fraction of a second it takes some mouth-breathing, lowest common denomination, inbred marsupial-fucker to choke out the word "chubby," or make suggestive motions toward the latest set of office reports so as to insinuate that you'd eaten the last one, is more than enough to prove that you, the arbitrarily "inferior" party, are in fact infinitely superior to this malignant rectal wart in absolutely every meaningful way.

And this is not flouncey revenge fantasy. All you normals have to do is redirect a little energy from the muscles you use to lift heavy objects and put them down again to your malnourished brains to see that making a pejorative comment about someone else's weight in this day and age instantly marks you as, for one thing, utterly lacking in imagination. And also duller things like emotional maturity, empathy, intellect, I could go on. So I will. Wit, independent thought, decency, pride, good looks, testicles and/or clitoricicles un-riddled by STDs and insects, and so forth.

I mean if it was me you were hissing porcine noises at, there're at least a dozen other things you could rightfully take the piss out of me for, purely at face value. Like how I'm inanely giggling to myself in the street having come up with one of these strange "jokes" your instincts say are at your expense in the preceding paragraphs. Or the strange and powerful erection I have right now for the print on my desk of Jack Lemmon mixing Manhattans in a hot water bottle while dressed as the hooker the rest of the trailer park evicted.

Making a fat joke in person is such a culturally low and intellectually unchallenging feat that if, after the last few days, you were to aim one at me, it would have the opposite intended effect. And, somewhat confusedly, I'm medicated for that not to happen (I think… they all look like Skittles at this point). I would actually feel better about myself and you would become the butt of the real joke… that I came up with using my smooth, throbbing brain-on. Such as:

Me: "Oh hey, you. You know it is so heartwarming to know that you learned to read and write. I should let your mother's abortion doctor know that the worst mistake of his career is doing so well. Maybe he could pin your dried-out hippocampus opposite the broken condom and Kopparberg Mixed Fruits that led to your birth in the family scrapbook?"

It was a long but hopefully uniquely pointless road to get here, but if you hadn't guessed already: I suck at advice (not to mention not being full of Caesar-flavored things). Even on something I know as inherently well as being overweight. Sad isn't it? I've gone my entire life knowing literally no alternative. But whatever, I'm going to have a concluding crack at this anyway… maybe it could count towards my next community service in advance:

"Being thin" can eat a bag of low-calorie dicks.

Related
How to Get Dracula to Stop Texting You Without Being Mean
Ryan Ciecwisz
Hallmark Holiday Movies Rejected for Being Too California
Aimee Hennessy
I Promise to Do Something That Scares Me Every Day as Long as Minor Accommodations Are Made for My Safety and Well-Being
Margo Bartlett
Are You Being Tortured by a Drug Cartel or Getting Invisalign?
Leslie Ylinen
Resources