5 Reasons Why Your Parents Raised a Pussy

Computers were invented specifically to keep you from the dangers of OUTSIDE.

Your parents were born in the 20th century, which explains why they are old and why you are only half the man or woman they were at your age. Many of those parents were born before Xbox or hands-free headsets existed and before Al Gore invented the internet. So they had unlimited time to explore the world around them. This exploration led to many discoveries that frightened the shit out of them and caused them to keep you and your siblings inside the home until college.

In an attempt to shield you from pedophiles, AIDS, and the harmful rays of the sun, your parents deprived you of the opportunity to experience rejection, physical exhaustion, the neighborhood bully, and the eureka moments born of hours of tedium playing outside in the yard. But they meant well.

And since they don't like to dwell on their failures as parents, I will share with you the five reasons why your parents raised a pussy.

1. When your parents were young, they listened repeatedly to violent fairy tales about assault, battery, murder, trespass, and cannibalism, mostly occurring in the scary woods. 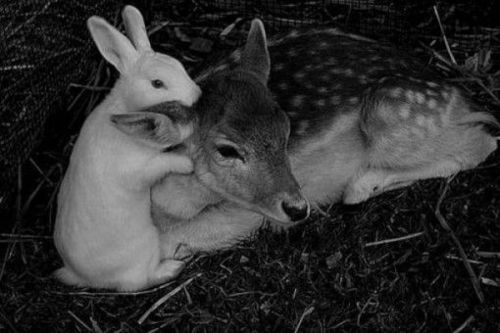 These stories were called "fairy tales" long before society condemned anti-gay hate speech. And no one would recite those fairy tales to their children today because those stories are so scary that the children would wake up at all hours of the night screaming and then the parents would need to drug them at night (in addition to the drugs they dispense during the day at the request of the teachers who prefer to lecture to children who sleep instead of the ones who exhibit a pulse). And parents need their sleep more than they used to in the 20th century because all of the "Live Healthy" articles that parents read today dissuade them from indulging in the giant martinis that so helped the 20th century moms and dads get a decent night's sleep.

Of course children encounter scary and violent stories in this century, but Call of Duty pales in comparison to the terror induced by the fairy tales told to children in the 20th century. For example, the story of Hansel and Gretel was a fairy tale about two children who were almost cooked in an oven by a mean old woman who lived in the woods. Hansel and Gretel's step-mom tried to kill them by abandoning them in the woods to get rid of them but they found their way back by dropping stones along the way. But their step-mom was no quitter, so she dragged them deeper into the woods and this time they laid a trail of breadcrumbs which were consumed by forest creatures. No one in Call of Duty was ever lured into an oven in the woods. That is just scary shit.

2. The great outdoors will expose you to cancer and disease.

Your parents played outside all the time because there wasn't much to do inside (no Xbox, no computer, no internet). That exposed them to decades of sun and bugs. Years later they found out that the sun exposure caused cancer. They also learned that mosquitoes carry West Nile virus and Eastern Equine Encephalitis and ticks carry all sorts of gross stuff like Lyme Disease and Bartonella. Those discoveries soured them on the health benefits of cavorting in the great outdoors so they decided to keep you inside the house for as long as possible.

That's why they invented the internet, computers, and video games. They only pretend to be horrified that you sit and play those games for hours and hours. They are secretly incredibly happy to keep you inside the house.

3. Manual labor jobs are for "the immigrants."

Before your parents graduated from college, they had a "resume" full of minimum wage and manual labor jobs. Lawn mowing, cashier, waitressing, and working at McDonald's were all jobs that your parents did for long hours and minimal pay, mostly during the summer. And those jobs involved a lot of hard work and actual sweating, which really sucked.

So your parents decided that their children would not do such "meaningless" work and that left a ton of crappy jobs available for immigrants. As a result, however, there really weren't any acceptable summer jobs that you could do, so they kept you inside, out of the sun, and away from the bugs.

As if cancer and diseases transmitted by bugs weren't bad enough, your parents learned that pedophiles were everywhere. Some of them learned the hard way and some just read about it in the newspaper. But all of your parents were scared shitless by the very thought and wanted to protect you from the creeps who were apparently everywhere: on the streets, in your yard, even in church. Another damned good reason to keep you unemployed and at home in front of the large screen over the summer.

5. Helicopter parents have other things to do.

Your parents invented the concept of "helicopter parenting" because they saw the devastating effects of sun, bugs, meaningless hard work, and pedophiles. And they saved you from all of that. But even they recognize that they have to let you out of the home on occasion, and everyone knows the evil that lurks out there, so they vowed to keep an eye on you and accompany you as often as possible. But they have jobs and errands to run and other children to chauffeur here and there and they are tired, dammit. So sometimes you just have to stay inside and avoid the mall.

It's not your fault that you were deprived of learning experiences outside of the home. Your parents were trying their best to protect you from harm. But in so doing, your parents may just have raised a pussy. On the other hand, you may live longer as a result. You can thank them now, you pussy, you.

Related
10 Things to Say When Your Dentist Asks “How Do You Like My Fingers In Your Mouth?”
Luke Strickler
How to Fake Your Own Death to Avoid a Multi-Level Marketing Consultant
Emily Altimari
Pop Music Arrangements You Can Give Your Middle School Strings Class to Distract Them From Your Anger Issues
Sam Yu
Resources