So you've decided to upgrade to the Gold Edition for only $49.99! Excellent! Oh, don't bother clicking the back button, I've already hacked into your bank account. I'm spending your tax returns on heroin right now.

Well, I'm assuming you've read part one of the award-winning "Troll's Guide to Internet Comedy" by now, so let's get right to it. You have read part one, haven't you? Haven't you?! Well, go do it now, you dick. It's okay, I'll wait. 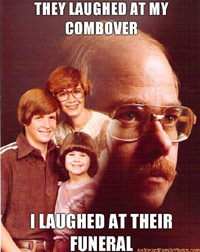 You are the champion of the sensitive troll and the victim troll. You dream of a perfect digital world where everyone can speak freely and agree on everything. A pure and beautiful internet with nothing to ever offend you. No more mean-spirited jokes. No more comedy at the expense of others. No more hurt feelings. Just harmony and rainbows and the laughter of talking cats eating cheeseburgers on a lovely summer day.

Everyone has the right to do whatever they want, no matter how silly, stupid, or incredibly retarded it might be. And they should be allowed to live freely inside of their own personal stupidity bubbles without ridicule. It's all about positive thoughts and empathy. How would you like it if someone made fun of you? You wouldn't. You'd cry about it. And then people would rag on you for crying. And you wouldn't like that, either. 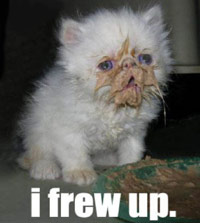 And just what in the H E double hockey sticks is going on here? Look at all this foul language and sexual innuendo! Suzy just said the f-word fifteen times in three sentences! Billy just called Suzy a dirty c-word! Oh dear lord, somebody made a rape joke! And what the heck is bestial necro-pedophilia? This is horrible, and these people should all be ashamed of themselves. This sort of thing is NOT okay to joke about. These people should be reported, and the site should be shut down. And whoever runs this awful site should be fined or jailed, or both. And why is no one censoring them? What if there were children reading this? You don't want your 12-year-old son reading the perverted ramblings of a bunch of potty-mouthed 13-year-olds, do you? 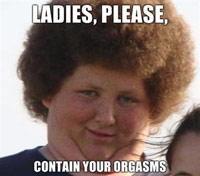 You are a sensitive guy, and you're here to protect the honor of all the pretty ladies out there. Hey man, don't be disrespectful. Calling everyone bitches and sluts? Come on, now. Only frustrated virgins with small penises talk to women like that. Not you, though. You're the nice guy. You're the knight in shining armor. You love women. You treat them like goddesses.

You always respect women and give them compliments. Lots of sexy compliments. Sexy, sexy ladies. You just want them to feel special. You want to give them sensual foot massages and discuss Tantric sex magick. You want to stroke their hair and maybe just sniff them a little bit. Shhh…it's not creepy. It's not creepy at all. It's alright to cry. They always cry. 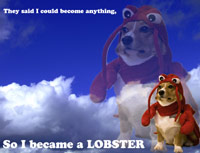 You are the exception to every stereotype. You're the black guy who can't play basketball and is allergic to watermelons and hot sauce. The six-foot tall Asian who sucks at math and doesn't know karate. The unemployed Mexican bachelor with no kids. The lawyer who's never done cocaine. The kindergarten teacher with no DUIs.

If nine out of ten are guilty, you're the innocent one. So when someone makes a joke about those other people who you have nothing in common with other than your job, race, hobbies, nationality, sexual orientation, favorite band, or some other single isolated characteristic, you feel obligated to step up and say, "No sir, not me. I'm special and your comments about people vastly different from me are offensive because I share some common adjectives with them. That makes them my people, and I am proud to embrace them because they are my brothers and sisters in spirit, even though we don't hang out and I am nothing like them and totally unique. All my friends are also totally unique like me, and because of that I believe that your stereotypes are completely based in a world of fantasy." 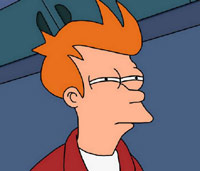 If jokes were bullets, you would be immortal. You're like the guy who scores a goal on his own team and then immediately breaks into a victory dance. You will argue with people who say anything you don't like or understand, regardless of whether or not they actually have a conflicting point of view. You are intelligent, educated, and completely immune to sarcasm. Seriously, how does that shit even work? Someone is out there telling people to drink bleach because it's good for you. Bleach is not good for you, that is a bold-faced lie. You have documented proof that bleach is not only NOT good for you, but it's completely bad for you. Poisonous, even. Somebody needs to get their facts straight and do some research before writing untrue things on the internet.

But then they always respond with, "it was sarcasm, jackass." What the fuck is sarcasm? You know what words mean, what else is there to figure out? If a man says "I eat babies" then by God that man is a baby-eater! He needs to be stopped! He needs some serious counseling on the moral pitfalls of baby-eating and its negative impact on society. Yes sir, that should straighten him right out. You're here to help. You call them like you see them. And you see them all at face value.

Reading makes me angry! Look at all these words! Hundreds of them! Stop reading before you hurt yourself. Take a break, you've earned it. Go jerk off and have a snack.

Well? Are you done? Feel pretty good about yourself, you gluttonous pervert? Put your goddamn pants on! God is judging you!

This intermission is over! 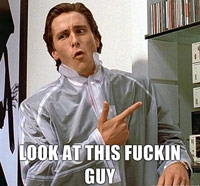 There are two basic types of asshole trolls: the smart-ass and the dumb-ass. Both are insensitive jerks, both are highly entertaining, and neither one particularly gives a shit about the issues at hand. Asshole trolls find amusement in the shock and outrage of others. They have no interest in winning arguments or making valid points. They'd rather be funny than right, and they can derail almost any debate with a single sentence. Let's examine both types.

The Dumb-Ass: You may not be especially smart or clever, but you can piss people off like nobody's business. And as long as you're not up against a smart-ass, you're pretty good at making intelligent people look stupid. You go for the cheap shots. You are the master of misogyny and stereotypes. Unlike the Nazi troll, you don't insult people out of personal conviction or a superiority complex. Nor do you have the bitter aggression of the lonely troll. You do it because fuck 'em, that's why. They're so much funnier when they're angry. If they can't take a joke they can go to hell. That chick with all the opinions? That bitch doesn't need to vote to make you a sandwich. And that guy, with all the facts? If he's so smart, how come he blows goats? Answer that, smart guy. Shut up, goat-blower.

The Smart-Ass: While the dumb-ass tends to be a bully, you are more of an equalizer. You go for the dumbest, loudest, angriest ones in the bunch and you rip them apart with a combination of condescending logic, crass insults, and vivid metaphors. You are the shark of the troll kingdom, and the more obnoxious the other trolls are, the more likely you are to tear into them. Of course, that's not to say you're too good to turn on the sniveling weak ones if they get too whiny and annoying. Otherwise, you are fairly peaceful when unprovoked and not in the presence of tremendous idiocy. Idiocy is blood in the water. However, you will usually leave the dumb-asses alone as long as they're amusing. 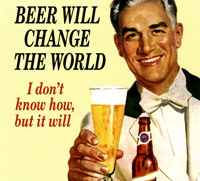 You're fucking wasted. Again. And you're trying to type shit. This should be interesting. 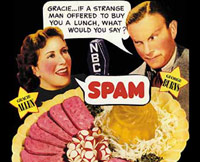 Lolz this is a funny story! Hey my friend told me how get super rich by selling crack, Viagra, and my body on the internet! It really works! I made a thousand dollars this month sucking cock and selling drugs! I'll be rich in no time! You can do it, too! Click here to find out how!

Take out your pencil, motherfucker! Is it sharpened? Well?! Is it?! Go sharpen it! Now jab it in your eye! This is a computer test, we don't use pencils!

1. You see some people fighting. What the fuck do you do about it?

Time's up! What was your answer? Doesn't matter, you're wrong! The answer was get drunk and throw rocks at them. You failed. Sulk in your shame.

2. You're talking to a girl on the internet. She's fucking boring. What do you do?

What the fuck is wrong with you?! Why would you do that?! She was thirteen! I'm calling the cops.

3. Someone calls your mother a horse-fucking shit-monkey. What is your witty retort?

Fuck you, it was me! I said it! Your mother sucks cocks in Hell!