The Incomplete Reasoning Behind Selective Intellect

He's good at the smart stuff and bad at the boring stuff.

I'm not that smart. Although I'm not stupid in the traditional sense either. I can tell you who would beat President Obama in a general election. I could walk you through jail-breaking your iPhone. I could even tell you why the Soviet Union lost the Cold War. 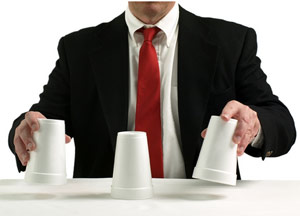 However, I have no capacity for math. I can add and subtract and count by 5's. If you say A=7 I will tell you that my spelling teacher says A= an "ahhh" sound. This charming little nugget of cleverness got me placed into the advanced learning program in middle school. Then, after they realized I had no interest in learning, I was abruptly relegated to the special needs class. Big tree fall hard, I guess.

I have no idea when my mother's birthday was. I remember my brother's birthday is June 1st because when we were kids he would say, "June fuuust" in the classical toddler dialect. For this, I would tease him relentlessly and then proceed to chase him around the yard with my dick in my hand trying to pee on him (I do know that running and peeing is nearly impossible). If that doesn't scream "Mensa," I don't know what does.

"There is no possible way I can ask this person to actually repeat what they were just talking about for 40 minutes. I just can't."I don't know any Roman numerals past III because that's the last one I cared to remember. When Spielberg hammers out another Back to the Future sequel, Roman numeral 4 will find its place in a suspiciously vacant mental filing cabinet in a folder labeled "numbrs" in crayon. Roman numeral 4 will join my social security number, ATM pin, and "69," ironically enough, as the 4th and last number I'll need to remember. That is until Back to the Future "Whatever 5 Is" hits theaters.

I inevitably find myself in situations where a colleague or teacher is talking to me, giving me information, and I'm staring at their face wondering things like, "Where did they get those glasses… I bet those glasses smell like their face… I don't understand why people want to try on other people's glasses. It's like trying on someone else's underwear." Or, "I bet they looked weird as a baby… Benjamin Button baby. I liked Benjamin Button…. that's a funny name, Benjamin. In Freakanomics, the name Benjamin was a high income/high education name… Brad Pitt sounds like the name of someone who does general contracting without permits and smokes Marlboros in his F-150 with the windows rolled up. I bet—"

Then I realize the person who is speaking at me has stopped moving their mouth. 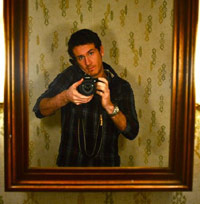 You're talking but I'm just going deeper into my own head.Here is something I do know: People do not like to hear, "I'm sorry, I got bored with the words you were saying and your face is a giant Benjamin-Button-Dirty-Underwear-Distraction, could you just write down whatever it is you are trying to convey so I can process it in my own way?"

This sentiment, although honest, is generally met with eye rolling and, "You heard everything I just said, stop goofing around and get it done."

I rarely ever know what it is. So I find myself, as I did in grade school, staring at a blank piece of paper thinking, "There is no possible way I can ask this person to actually repeat what they were just talking about for 40 minutes. I just can't." At that juncture it's damage control. It's preparing to use your seat as a floatation device when the plane has lost cabin pressure and is flat spinning at 500 miles an hour. It's an act of desperation and ultimate futility but when you're left with no options, you need to lie to yourself and create one.

"Yeah, I'll just scribble about The Cold War. It has nothing to do with geometry but fuck it! Better than nothing." 20,000 feet from Earth and the roof is off the plane and I'm tightening my seat belt in preparation for a "water landing."

But there are worse fates in the universe, I suppose.

Black holes. Now that's something I know about. I can tell you all about string theory…. string cheese theory. Big Bang Theory, that's a really dumb show… three-camera situational comedies… Roman numeral 69 camera comedies… awful… how did Seinfeld get it right but almost everyone else got it wrong? Maybe—