You can't escape poverty, but you can bask in its pitiful glow!

My name is Brent Vanguard and I am a great man. Not just because of my stunning good looks and superior intellect. And not just because of my tremendous wealth and fame, or my legendary sexual prowess and prolific career as an adult film star. No, what makes me a truly great man is my generous nature and the charity work that I do. Don't just think of me as a god; think of me as a hero. 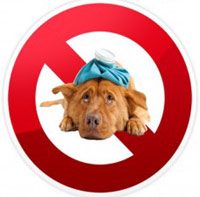 Better to have created puppy cancer and cured it than to have succumbed to Communism.Some people doubt my good intentions. They assume that just because I'm better than them, I must be some kind of selfish, egotistical monster. Well let me ask you something: who do you think funded the research to cure puppy cancer? Me. And who funded the research to invent puppy cancer in the first place? Also me. But it was during the Korean War to cut off the enemies' food supply, because I am a patriot and a philanthropist.

And oh sure, I could just continue to give away money to other charities, but that's not good enough for Brent Vanguard. That's why I started my own charity: Brent Vanguard's Fantasy Camp for the Tragically Poor.

As you probably know, scientists have now isolated the poverty gene. People born with this in their DNA are victims of fate that are both physically and psychologically incapable of achieving wealth. Does this mean that they are also incapable of being useful and productive members of society? Yes, it absolutely does. That's why it's so important for the elite people like me to take money from people like you and give it to people like the guy reading this on your stolen laptop over a ham sandwich from the trash. And that is why I started this.

You'll feel safer knowing that there are weapons everywhere. From knives and broken bottles to fully automatic machine guns and live grenades.Poor people are everywhere, and they range from regular poor (Walmart and Kool-Aid) to super poor (malt liquor and crack). They come in all colors, and even though I could make a racially insensitive joke about this, it would only be appreciated by toothless white trash scum, and those people sicken me. So let me just say that ALL financially disadvantaged people are worthless and disgusting. Whether they're homeless, drug-addicted, unemployed, unwanted, or just unwashed, the goal is the same: we need these people off the streets. They need a place where they can roam freely with their own kind and be happy.

I came up with the idea for this charity a few years back when I "accidentally" ran down a gaggle of hobos in my Aston Martin late one night after some illicit dealings in the slums. And as I wiped the wino blood from my windshield I thought, there's got to be something we can do about these people.

Well there is something we can do about those people. We can pack them onto a bus and ship them off to Brent Vanguard's Fantasy Camp for the Tragically Poor. 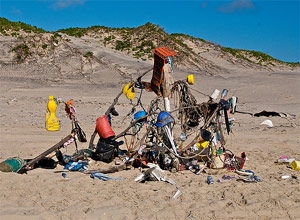 Artificial waste piles keep beaches from looking too good to be true.With hundreds of acres of land on a secluded island in international waters, Brent Vanguard's Fantasy Camp for the Tragically Poor is a regular hobo heaven. Our cutting edge architects have taken painstaking effort to design the perfect ghetto utopia. We use special bio-degradable building materials designed to decay at ten times the rate of traditional sheetrock for that aged look so vital to the poverty aesthetic. We keep fully stocked dumpsters down every alley to ensure that nobody ever goes hungry unless they really want to.

And you'll feel safer knowing that there are weapons everywhere. From knives and broken bottles to fully automatic machine guns and live grenades, self-defense has never been easier. But Fantasy Camp isn't just about survival; it's about fun. Every day is filled with games and activities, action and adventure. Just look at what we have to offer:

Polo is a great sport on its own, but we've upped the stakes by replacing all the horses and jockeys with homeless drunks; and instead of mallets they use sledgehammers and chainsaws. 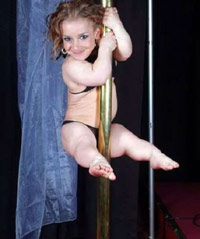 Is it art or exploitation? Who cares, it's hot! Those junkies will do absolutely anything! They're shameless!

Totally illegal anywhere else on the planet! We're not technically allowed to talk about it here.*

What do you get when you combine a midget and a retard, then force them to cage fight children? Entertainment!

Something for the girls. Free finger paint and glitter for everyone.

A timeless game for children of all ages. It's like duck, duck, goose…but with pit bulls.

Don't Step on the Landmines

Seriously. Don't step on the landmines.

So please, give generously to Brent Vanguard's Fantasy Camp for the Tragically Poor today. It will make you a better person.

*Special hunting vacation packages are available starting at $500,000 per day per person. Inquire by phone for more information: 903-283-0705

When we were told to chase our dreams, nobody mentioned they’d be mostly anxiety dreams.