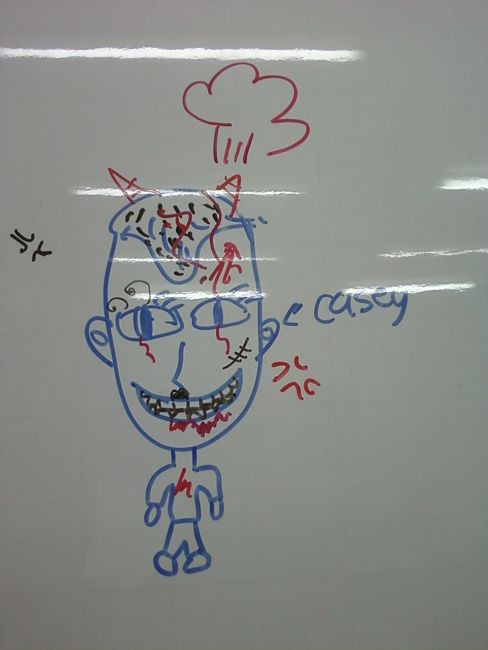 What Really Happens After School

So I've been throwing out theories about Korea, this one was about weathermen in Korea. The next one is what happens when Korean students return home to tell their parents about their day with me, an American teaching English.

MINJUN: My teacher is soooo boring! He never talks about "Starcraft" or "Transformers 3!"

FATHER: But falling asleep only two times?!?! We thought we were raising you to be the best. Not some slacker.

MINJUN: But Father, I called my teacher "fat" three times and called him dirty because he has hair that grows on his face.

FATHER: Now that's my son. Did you ridicule his country as having no culture and only fat people?

MINJUN: Yes Father, just like you told me. Then you know what I did?

FATHER: Talked about how your teacher looks and likely smells like Shrek?

MINJUN: No, but during class I text messaged every time he turned around, and then even in front of him! He got so mad a vein popped out of an even bigger vein that popped out of his head!

FATHER: Son, you're going to go places in this world. Let me give you this tip, next time, point out stains on his clothes, no matter how small they may be. Better yet, compare him to a monkey because of his big eyes or disgusting visible body hair. You need to destroy all the self-esteem he ever had. Then divide those atom-sized remnants to even smaller little bits.

MINJUN: Thanks Father. I'm going to work on this one, "Teacher, you smell like the Dumpster all other Dumpsters are dumped into." Does that work?

FATHER: Soon son, you will be a junior vice assistant associate coordinator of presidents at Samsung.

FATHER: How could I forget my darling daughter? What did my Korean princess do today?

BABY SISTER: I pull on the teacher's fur and stick fingers in his butt butt and I even punch-ah teacher in the Fire Eggs (testicles!)! 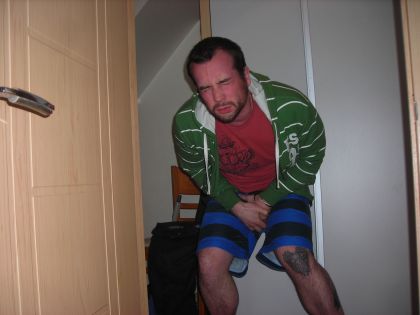 FATHER: Remember Baby Sister, you're going to have to grow more intense as you get older. Start telling your foreign teachers about all the plastic surgery they're going to need before they can ever hope to get married, even if their children will always be inferior and ugly.

BABY SISTER: Ok Father. Can I still tear up the teacher's book?

FATHER: As long as your teacher is a foreigner. With your Korean-bred teachers, give them the utmost respect, especially in the face of the fat Americans. But once those Koreans leave, let those whale-children have it! No mercy!

MINJUN AND BABY SISTER: No Mercy!

MOTHER: Now, both of you, go up stairs and play video games. I don't want you to have an ounce of energy for English class tomorrow! Let's make that American teacher earn his $20,000 a year!