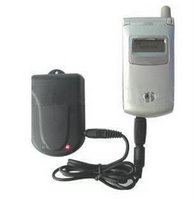 • If you do your Kegels every day, you’re tight with me.

• Jay Davis is going to become a huge star thanks to Tourgasm since, you know, everyone loves a sniveling pussy.

• I bet insects are repelled by black holes.

• Now that Gwen Stefani has officially followed Mariah Carey down the slippery slope from pop princess to ghetto whore, it’s high time we start making bets on who’s gonna be next. My money’s on Kelly Clarkson.

• The charger for my phone died a couple weeks back. I accordingly went to my nearest Cingular store to purchase a new charger. Thankfully, they had one left in stock. However, they charged me 32 FUCKING DOLLARS!!!

FOR A FUCKING PHONE CHARGER??!! ARE YOU KIDDING ME??!!

Give me some spare electronics and the internet as a resource and I could make my own fucking phone charger for 32 cents, let alone 32 whole American dollars.

Short story even shorter, I paid 32 bucks for a phone charger…….and I didn’t even get a complimentary reacharound.

• I recently received a debt collection notice in the mail for a hospital payment that I have apparently been neglecting. The sum of this debt? $6.04

I was tempted to not pay it, simply for the fact that if the debt collection agency makes any sort of attempt to track me down, they’ll pretty much have to spend more than six bucks to do it, which made me think I’d probably be able to get away with not paying the debt as long as I never moved within a two-gallons-of-gas radius of Clifton Park, NY. I decided to relinquish payment, however, because the debt collectors threatened harm to my credit score. Sadly for me, this was a tangible threat.

I was still feeling quite surly though, so I jotted the following note onto the remittance stub:

I hope you enjoy rolling around in massive piles of dollar bills after cashing this bountiful check. Seriously, was your cut more than the 30 cents it cost you to mail me this notice?

Gonorrhea to you and yours,

Related
Sir, I Am Not Pleasuring Myself to the Pin-up Girls Painted on the Side of the Warplanes, Sir
Robert Criss
Low-Cost Marketing for Business Promotions
Mark Mullis
Communication Breakdown Leading to Breakups
Jacob Knowles
Resources

Sir, I Am Not Pleasuring Myself to the Pin-up Girls Painted on the Side of the Warplanes, Sir
Robert Criss
I’m Leaving My Body to Science
Brian Daly
Jeffrey Dahmer’s Sister Picks Up Printing
Caitlin Bitzegaio
Proposed Rules Changes to the NBA
Jim Tatalias

Journal Entries from Brandy (You’re a Fine Girl)
Virginia Dickens
I Insist You Stay with Me, and You’re Going to Hate It
James Klein
I’ve Lived Longer than Any Dog Ever
Logan Corcoran
Proposed Rules Changes to the NBA
Jim Tatalias