In 2004, Justin Rebello wrote his list of the top 10 worst movies of all time. Hilarity ensued. Five years later, I think we can all agree there has been an overwhelming amount of terrible movies in and out of America's theaters. While it's been tough sorting through five years of shit to narrow it down to 10, I did it. So here they are—just a couple of guidelines first.

1. Don't send me a whole bunch of negative comments because I insulted your favorite movie. Just grow a pair and get over it.

3. I know the list lacks a lot of hardcore action movies. That's because I usually like those movies. So, sorry guys if I highlight films you've never seen.

10. Indiana Jones and The Kingdom of the Crystal Skull 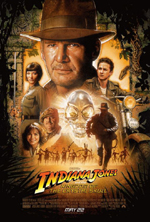 Crystal Skull is the touching tale of an aged Indiana Jones pairing up with a young greaser in the 1950's in a race against the Russians, or “dirty commies” as I like to call them, to return a Crystal Skull to an ancient city in South America.

Now, I know the whole premise of an Indiana Jones movie is a far-fetched adventure tale where we only wish we could be that cool, but seriously? Aliens? The prize granted at the end is not power from a primitive cult or everlasting life, but a wish granted by Aliens? You have got to be fucking with me. Who thought of that shit?

Oh, and Indie somehow survives a nuclear blast by climbing in a lead-lined refrigerator. Well, guess there's no reason to be afraid of nuclear winter or radiation poisoning, because we can just hang out in a freezer. Stupid. Also, did any other girls notice Harrison Ford wasn't sexy anymore? That in itself makes this a bad movie.

Worst Part: When Shia LaBeouf rejects Indie as his father. What the fuck is wrong with you? You can be my dad, Indie.

Redeeming Qualities: Bringing back Indie's ex-flame. Moving on to an era-appropriate enemy. 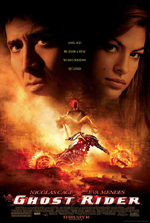 Oh, the classic tale of someone signing away their soul to the Devil: overdone. Nicholas Cage plays an Evil Knievel superstar by day and the Devil's bitch at night. All while he struggles with his tough past of his father dying and leaving his teenage love.

Cage used to be an incredible actor in movies like Face/Off, but the acting is so horrendous in this movie that I was embarrassed for him—me, the girl who tripped over her own feet and dropped her tray in the middle of a crowed mall food court, embarrassed for someone. Of course, don't forget the Devil's son who creates his own gang of bad-acting freaks to get back at his daddy who just never gave him enough attention. And his name is just so creative. I am Blackheart…FEAR ME! How about no?

Worst Part: That old caretaker saying, “I still have some ride left in me.” Before he transforms into the old ghost rider…on a fucking horse.

Redeeming Quality: Johnny Blaze having the maturity level of a 12-year-old was kind of funny? 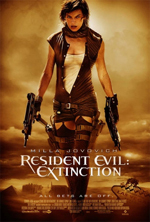 The first movie was amazing. The second movie was entertaining enough to sit through. The third was horrible. The first and second movies have a sturdy plot, but the third just lacked any real storyline. It's just survivors in a desert pissing around while corporate Umbrella is plotting underground. One, I don't see why Umbrella even exists anymore. There is no world in which to wage wars or gain power! Anyway, did anyone else notice that they just keep making Milla Jovovich more and more dikey?

Redeeming Quality: When Milla is tricked into a trap set up by survivors in the beginning. That was semi-exciting. 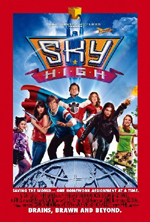 The pubescent age is hard for all of us. Zits, awkwardness, growth spurts. For some it means being the douche of the community and a disappointment to your parents by not developing super powers. A kid goes to a special school for super heroes where he is tricked into an evil plan, finally gains his power, and defeats evil with the help of his sidekick friends.

Wow. Could Disney try to get creative at some point? I mean the damn villain is a teenage girl with a horrendous haircut. And, oh the blasphemy, she turns grown-ups into babies. What is less threatening than a baby? Nothing, people! Unless you have a phobia of juice-stained mouths.

Worst Part: That chick who shape-shifts into a guinea pig and still retains the purple streak in her hair. Oh, and the fact she's actually useful to the people in the movie.

Redeeming Quality: The gym game “Save the Citizen.” 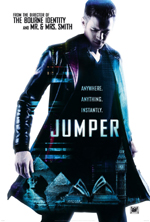 Jumper is about a kid played by Hayden Christensen who teleports. He's a “jumper.” Then there are some Jesus freaks who want to kill him.

Wow. Why did I even watch this movie? Oh, because Jamie Bell is pretty awesome. Anyway, Samuel L. Jackson plays yet another fucking stupid character. You're a badass, Sam. Don't stoop to this level.

Anyway, the ending to this movie is probably the worst I've seen. Hayden Christensen discovers that his mother, played by Diane Lane (who I usually love) is part of the group trying to kill him. I feel like Lane is making fun of how cheesy her part is as she's acting it out. Like, “Holy fuck! How did I go from Unfaithful to this?” It's okay, Diane. You're still hot. I hope I look as good as you someday.

Worst Part: Jamie Bell's character claiming that he “hates Chechnya.” Yes, I'm sure as a teenager from the UK you have a lot of experience in Chechnya.

Redeeming Quality: The way Samuel L. Jackson is defeated is awesome: leaving him on a ledge in the middle of the Grand Canyon. How the fuck do you get out of that one? 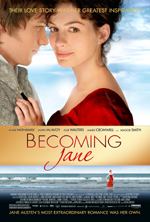 Becoming Jane is the semi-autobiographical story of Jane Austen. It's all about how Jane doesn't want to marry and would rather support herself through writing. Along comes James McAvoy who plays her flame until she finds out he has no money. Gold digging bitch. The moral to the story is Jane Austen never got married because she was actually a lesbian. Well not really, but I'm assuming here.

Now, I expected this to play out cute, yet heartbreaking. But holy fuckshit was it boring. Between Anne Hathaway's horrible English accent and the way she pronounces every syllable like she has a hand up her ass controlling her, I wanted to go burn a Jane Austen book.

Worst Part: The fact that Jane Austen's life was as pathetic as this movie. 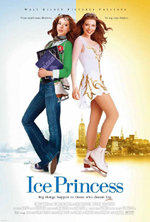 Ice Princess is the story of a whiny teenage girl who gives up her future at Harvard to be an ice skater.

Are you serious? You gave up Harvard, a guaranteed ride to whatever you want in life, in order to be an ice skater? Has Michelle Trachtenberg ever had a good part? She was an annoying bitch in Buffy and now she's a whiney nerd with stupid ambitions. But don't forget Kim Catrell who plays the evil mother of a competing skater. Really? You're that into your daughter winning an ice skating competition that you have to play dirty? You do realize she's not even competing in a real sport, right?

Worst Part: Hayden complaining to her mother that she wants to quit skating so that she can stop feeling dumb for flunking math just because she doesn't have time to do it. Maybe then she can flunk math just for being dumb. 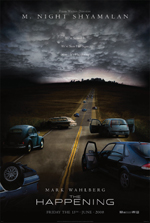 Could they make a movie laced with more environmentalist undertones? This movie looked so sick and twisted and awesome. I really wanted to see it. Biggest let down EVER. I am so disappointed in Mark Wahlberg. Trees are making a virus that kills humans off because we are pests. Honestly? Couldn't the writers just put out a memo that we're destroying Earth instead of making a passive-aggressive movie? That would have saved millions from sitting through that shit-storm of an excuse for cinema.

Worst Part: Mark Wahlberg and his wife confessing to each other that they actually have social lives. “I'm so sorry I ate dessert with someone after work!” If that is considered cheating then I'm a professional adulterer.

Redeeming Quality: Not being afraid to show a guy being chopped up by a lawn mower. 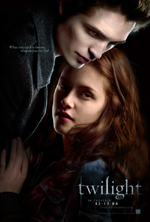 The fact that this movie exists just pisses me off. Poor brooding girl meets vampire. They fall in love. She's kidnapped. He saves her. It amazes me the movies that Hollywood is willing to make. And don't give me the “you have to read the books” shit, because I tried and they were so horrible I had to stop after the second book. I'm applying for a permit to carry just so I can shoot the next girl I see wearing a “Team Edward” shirt. Fuck this shit. Stupid Buffy wannabes.

Worst Part: The cults of half-brained women who obsessed about the movie for eight weeks after the premier. The movie parties and the t-shirts and the Facebook bumper stickers. Fuck.

Redeeming Quality: The fact I get to make fun of this movie's followers. 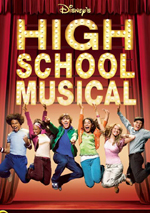 Just no. I can see how you'd like these movies if you were a 12-year-old girl. The idea that these movies have millions of high school and college fans is disgusting. I mean really? One of the lead characters' names is Sharpay. What kind of name is Sharpay? It's so stupid that my spell check is having a mini-aneurysm every time I type it. Oh shit son, did you hear that Troy and Gabriella got the lead in the musical and not Sharpay and Ryan?! No. One. Cares. If you are over twelve and you liked those movies: be ashamed. Be very ashamed.