The Jewel of the Al Capone Clam

Have you been reading the news?! Last month a student from Bangor University found a 400-year-old clam and proclaimed it to be the longest-lived animal known to science. Do you feel like this old clam I trying to steal your thunder?!

Although Fugly's beef pouch has a mysteriously slimy layer of bacillus permians—a 250-million-year-old bacteria—Fugly is only a spirited young woman of 237. Much like sea dwelling clams, Fugly's fur burger has precious stones buried within the depths of its murky flaps. How did they get there, you ask? The shimmering bobbles became lodged in Fugly's meat tunnel during a jewelry heist that took a dreadful turn. 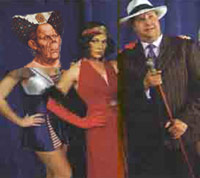 In 1922 Fugly was a key member of Al Capone's Chicago outfit—well, perhaps that is an overstatement; Fugly was the maid. Fine! Fugly cleaned the maid's quarters—the maid's maid. Anyway, one evening Fugs and Al took a sweltering summer stroll past Tiffany & Co. At first Fugly thought Al was going to point out the glistening engagement rings and mock Fugly for being an old wrinkled spinster; he could be quite a mean-spirited tub of lard.

Then, without so much as a warning, Al whipped off Fugly's prosthetic drumstick, used it to break the window, and snatched a handful of bobbles. Suddenly the fuzz were afoot, so he snapped the leg back on, shoved the loot into Fugly's goblin maker, and told the fuzz that the perp ran towards Lake Michigan.

When we returned to Mr. Capone's manor, Fugly squatted over a washtub basin and birthed the jewels for Al, but alas, some remain.

In regards to your question, no, Fugly has all the thunder she needs.

Let's face facts: you're a horrendous specimen. Your jowls make me dry heave, your cleavage is a crusted old ravine of doom, and it's almost as if I can smell your unwashed folds radiating out of my computer screen. My question, your crustiness, is this: Were you alive during the time of Christ? Did you meet/blow/blumpkin him? 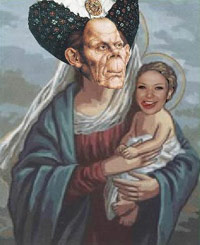 Thank you for your kind words. No, Fugly is not old enough to have met our lord and savior. Mother Fugly, however, served Jesus in many fashions. She was a special needs mule; poor mother had the downs. She used to carry buckets of water and bales of wheat back to Nazareth while Jesus rode proudly on her back. When Mother Fugly became old and useless, that wicked, opportunistic Jesus tied her to a flank of driftwood and pushed her out to sea. As soon as Mother Fugly's feeble carcass washed up on the shores of Kenya, Mother met Father Fugly, a silverback gorilla with a fetish for elderly mules.

Now, your local veterinarian will tell you that mules can't reproduce, but Fugly is here to let you know that Fug-love conquers science, and thirteen months later old Fugly's 25-pound carcass dropped from her mother with a thud that terrified the villagers.

So Herb, Fugly never met Jesus, but yes, he was a family frienemy.

I am currently attending law school and it's miserable, difficult, and God help me, I can't lay off the sauce. Fugly, was it a mistake to choose this path in life?

Quit your bitching. Fugly spent 17 years in the Tampa Bay Women's Correctional Institute for racketeering and shoplifting a tube of Monistat (even Fugly Slut is not immune to crotch rot humiliation). During this time Fugly relentlessly studied and eventually earned her doctorate in hip hop aerobics; Fugly is far too legit to quit. Fugly also became an expert in inmate beaver, but did not earn a degree, just an insatiable appetite for carp.

Anyway, Sarah, you made the proper decision. Fugly needs to be defended for her future crimes. Fugly would also like to borrow your barrister's wig because the dry cleaner lost her merkin.

Being bisexual and anxious means everyone is a potential partner but also a potential threat.