We Need Another Oil Spill

Because the ocean is a horrible place full of horrible things.

Hi there. My name is Brent Vanguard, CEO of Solutions, Inc., the highly profitable non-profit organization committed to improving the quality of life of your family, friends, pets, and casual acquaintances. We're here for your safety. The environment is a threat to that safety. Think about it—jungles filled with venomous things crawling and slithering through the darkness, just waiting for some hapless hippie nature lover to stumble across their path. Forests full of man-killing bears and wolves. And what about deserts and tundras? Forget it. Nature is not your friend. Would your friend try to kill you?

Oh sure, we care about the environment. After all, we have to. But that doesn't mean we have to trust it. Trust is something stupid people do. You're not stupid, are you? Of course not. If you were, you wouldn't be reading this. The words would hurt your brain.

And when it comes to the horrors of nature, there is absolutely nothing more terrifying and deadly than the treacherous oceans that engulf our planet. There is no escape; they're always out there, lurking, plotting against us. And should anybody be so foolish as to swim in those fatal waters… 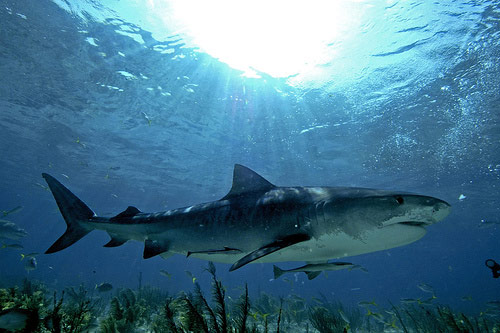 But there are many brave people on our side in the fight against nature. The Oceanic Defense Bureau (ODB) is a special division of Solutions, Inc. dedicated to protecting humanity from the monstrous abominations that slumber in the briny deep, just waiting to rise up from their watery lairs to enslave mankind. Thanks to the hard work of the men and women (just kidding, nobody hires women for important jobs) at ODB, we can go through life pretending that there are no such things as giant squids and cyclops sharks. We can pretend that dolphins don't go around raping tourists and scuba divers.

But ODB needs your help. Our funding has been cut and we need your pledges to continue our oceanfront assault in the war against the environment. And we know the sea monsters' secret weakness: it's oil. With our resources and your money, we are prepared to create the largest oil spill the world has ever seen. 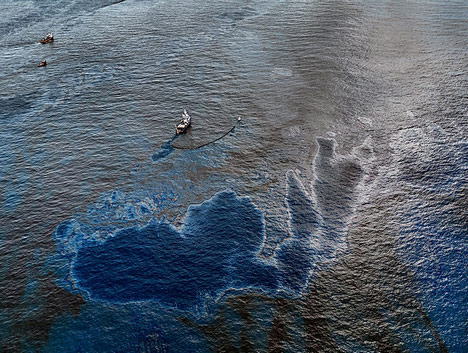 Wait a minute, Brent! You can't just go dumping thousands and thousands of gallons of crude oil into the ocean! That's wasteful! We need that oil to make gasoline for our cars and trucks!

Not anymore, we don't. Here at Solutions, Inc. we've perfected the Vanguard engine. It's 100% alcohol powered. But don't worry, the Vanguard engine isn't some pansy ass piece of crap for tiny little hybrid cars that any real man would be ashamed to drive. No sir, this is a whiskey guzzling big block monster made with Detroit steel and American pride. It'll make your piece of shit Buick tear ass around the neighborhood like Mad Max on a bender in the last of the V-8s. So screw the oil. And screw the Middle East, because after this oil spill, we won't need them either.

What about boats and planes? Will they be able to run on alcohol too? Of course. What about lawnmowers? Yes. Chainsaws? Also yes. How about weed-whackers? Yes, you goddamn hillbilly, now stop asking stupid questions.

And just in case you're concerned about some trivial issue like "saving the whales," you'll rest easier knowing that it's been taken care of. They're fine. We already saved them. They're very happy now. We also rounded up all the tuna. Just because we're going to kill the ocean doesn't mean we should have to give up sushi. After all, we're civilized people. 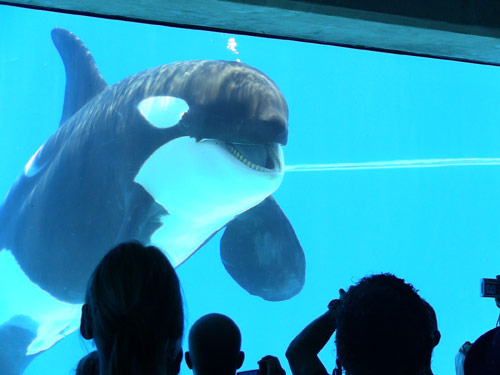 Sure, we've had oil spills in the past, but they were much too small. They were quick fixes; we need something big. Something devastating. Something permanent. Because if we don't kill those things lurking in the deep, they will rise up and murder your children. So give money to ODB. We're ready to destroy the ocean to keep the world safe. Are you?

Related
Calorie Deficit But Not Losing Weight? Here’s What You Need to Know
Jacob Knowles
Mosquitoes Review Me
Ian Bardenstein
This Pride Month, TD Bank Is PROUD to Say: You Owe Us Money
Lily Blumkin
Resources