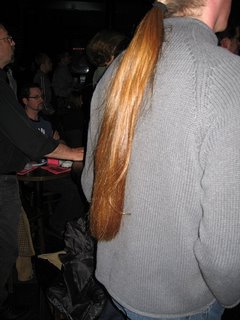 One time in college, Phil was sitting in his room surfing the web, when he got an unexpected visit by a few of his friends.
" />

One time in college, Phil was sitting in his room surfing the web, when he got an unexpected visit by a few of his friends.

It was really unsual for them to come over unannounced like that. He felt something was up but didn't say anything.

After some short, awkward conversation, the friends made some excuse to leave, said they would be back in 20 mins and then got up and left – Leaving just Claire.

Phil then knew something was up. Because Claire and Phil hadn't really known each other that long. And one time when they were all out drinking, a drunken Claire let slip that Phil's pony tail really grosses her out. Phil heard that as he was standing right behind her when she said it.

Anyways, right when the rest of the guys left Phil's house, she told Phil straight up that she had lost a bet with them. And for losing that bet, she had to sleep with Phil. And now was suppose to be the time.

She asked Phil if he could just lie, and tell the guys when they came back that they did it.

But Phil said no. Not because he wanted to sleep with Claire. But because he's just not the kinda guy who lies to anybody.

So she fucked him.