Seven Reasons You Should Travel Alone

Attention, you are now leaving the comfort zone for the truly great unknown.

This summer I took the plunge and decided to set out across Africa, solo. Jason Derulo style. A two-month stint around Southern Africa by myself. There is a lot of stigma with traveling solo. Will I be safe? Will I make friends? Will people think I'm crazy? It's these thoughts which often prevent people from getting out in the world. It can be hard being around people who don't aren't as open-minded as you, but that doesn't mean you need to let your dreams fester.

Here are seven great reasons why traveling alone is an incredible experience.

Did you hear me? I said NEVER.

I remember sitting on my flight to Cape Town a nervous wreck, full of excitement, dread and anticipation (but mostly dread). I'm not going to meet anyone! I exclaimed silently in my head. It's fine, I reasoned to myself, It's only two months, I can get by alone for eight weeks? Turns out these thoughts were completely futile since when you're travelling alone you're never actually alone.

People are ridiculously friendly and everyone always wants new friends. I couldn't help thinking I'd reached the peak of my popularity that summer, feeling like the brunette and clumsier version of Regina George. In fact I can only think of one evening when I was alone and that was self-inflicted, as I had a very important Jodi Picoult book I needed to get through. You meet different people every day and often get asked the same questions. By the end of the trip you'll be able to round off your important information in a matter of seconds. My name is Rea, I'm 21 and I've just finished university. If I was a sofa I'd be a recliner, I'd rather have no toes than fingers and I'd like to think in ten years' time I'll be helping Harry Styles pick out polka dot tea towels for our new home. You know? The basics.

2. You meet a diverse set of incredible people.

You will meet people from all walks of life. Whether that's a crazy jam-sniffing Canadian, young soldiers from Israel, an American with a “suns out guns out” tank top, or a girl from Manchester who has eaten monkey and chips. The best part is that there are often of a similar mind as you, sharing the same dreams and aspirations. They will motivate you to do better, travel longer, and live more freely.

3. Travelling with friends could be a disaster. 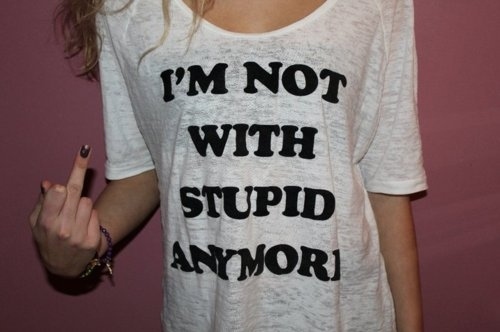 Don't get me wrong, I love my friends. When I was seated on that plane on the way to start my adventure the only thing I wanted was them. I needed someone to tell me my hair looked like a birds' nest and someone to ridicule my choice of footwear (trainers from year nine gym are never a good look). However, in hindsight, I don't think I could have done these two months with my partner in crime. For one spending that much time with your best friend could be intense. Eating together, sleeping in the same room, brushing your teeth together, it is bound to cause arguments at some point. She wants pizza, you want African cuisine. She wants to go cage shark diving, but you want to read a book. She wants a Mojito on a two for one deal, but you want a Long Island Ice Tea! It's bound to end in disaster, just like the all-inclusive Spring Break travel you did in college.

Having friends with you when travelling can definitely hold you back. With them around, you may sometimes feel less inclined to make an effort with new people. I remember one night being ridiculously hungover, wanting nothing more than my pillow. However, in an attempt to not appear anti-social, I was somehow goaded into playing an insane game of beer pong, and eventually ended up on the mountainside with a herd of goats and some crazy Australians. If I'd had my friends that night, I probably would have settled for a beer and an early night. I would have never engaged in a drunken argument with a sassy goat.

4. You learn new things about yourself.

There is that awful cliché that when you are travelling “you find yourself.” What does that even mean? Where was I hiding all this bloody time? I'm pretty sure I could find myself before and it was usually pining in my bedroom after Topshops' new lines.

So, in an attempt to ditch the cliché, I would say that you learn new things about yourself. For example, I learned that I can talk to anyone and, in doing so, talk the hind legs off a donkey. I like to be alone and in nature, I don't like busy cities, and I have an irrational fear of goats (I realize that this sounds like an ad on Match.com). I never knew that I could have such interesting and exciting conversations with strangers, but when you're pushed into these situations, you surprise yourself. It also helps you clarify your goals, dreams, and aspirations. A lot of travelling is spent on busses staring out of windows listening to Taylor Swift songs. This prolonged silence, and the sweet notes of Tay Swizzle, give you a good opportunity to clarify who you are and what you want to be.

5. You're pushed out of your comfort zone.

Building on my last point, travelling is all about pushing yourself out of your comfort zone. The complete act of packing up your life and travelling to another part of the world alone is, dare I say it, pretty dam badass. This complete freedom can be daunting and pushes you out of your comfort zone, which only has excellent results. Trust me, you'll start doing crazy things soon enough. Whether it's whitewater rafting down the crocodile-infested Zambezi river, walking with lions, skydiving, swimming with sharks, or surfing. Or, not speaking from personal experience of course, waking up in the middle of the night in a national park to the sounds of an elephant outside your tent, then sharing your dying wishes with a strange, six-foot-something German man.

Another great part of travelling alone is getting the chance to leave everything behind—all your worries, secrets, insecurities, gone. You can be whoever you want to be! Take it to the extreme like I did and tell strange men you're a marine biologist with a Lebanese boyfriend named Julio (pronounced Hoolio—what Lebanese person is named Julio?). Or go for a bit more subtlety and just do all the things you've always wanted too without scrutiny. Kiss that boy with the nerdy glasses you find cute, share the opinions you've always kept under wraps. Ross and Rachel weren't, technically, on a break and…. I don't really like Christmas. You can make the most outrageous jokes and watch them fall flat because WHO CARES, you can pick up, leave and start again tomorrow at a new destination. It truly is a liberating process.

7. You're a crazy weirdo; embrace it.

Why worry if people think you're crazy for travelling alone? You are crazy and that's something to be proud of. You dropped your life, friends, family, and home comforts to live out your dreams and broaden your horizons. If that makes us crazy weirdos, I know I don't care. That's exactly what I want to be.

Related
11 Questions You Should Never Ask on a First Date at a Haunted Murder Restaurant
Tyler Holme
Some Plausible Reasons Why Scott Pruitt Might Hate Nature So Much
Lana Schwartz
Can’t You Tell I’m Well-Traveled? I’ve Collected Many Diseases, Including Coronavirus
Jackson Weaver
Resources