My Personal Beef with Cole Hamels

Never be afraid to be the only person to call someone out.

A few weeks ago, my brother Billy and I were driving home from game night at our sister's house in Willow Grove, a suburb of Philadelphia. We were listening to a sports radio talk show in the car. Never before this sudden predilection for radio talks shows had my brother ever expressed any interest in anything at all having to do with sports. He's always been the more musically inclined one in the family.

As for me, my penchant for professional athletics has steadily waned over the past few years. I used to follow Philadelphia-based sports teams religiously, until I realized that they're all terrible.

Despite our collective ignorance, Billy and I decided it would be best if I were to call in and answer the two following questions the talk show host had posed to listeners who wished to offer their two cents:

I called the provided number. After about half an hour on hold, the host finally came through and asked: "What's your beef with Philadelphia sports?"

Not knowing at all what to say, I replied, "I think the Phillies' pitching needs a lot of work, especially Cole Hamels." The part about Cole Hamels is completely justifiable, since I have a personal vendetta with the man. 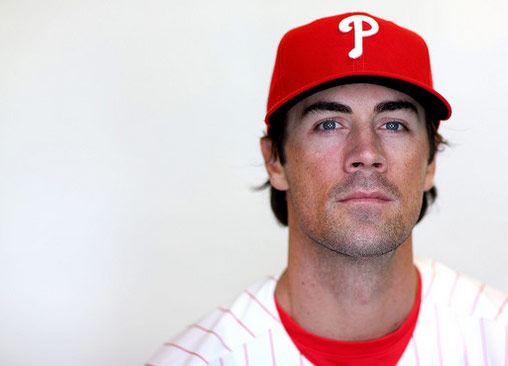 A handful of years ago, my family and I went to Shea Stadium to watch the Phillies battle the Mets. After the game, we waited near the exit by which the players of the visiting team were known to leave. While the rest of the crowd occupied itself with players like Pat Burrell and Shane Victorino, Cole Hamels stealthily crept off with his beautiful wife, completely undetected—well, almost. One of my family members pointed him out to me. I ran over to Hamels with my green Phillies cap in one hand and a Sharpie in the other.

"Can you sign my hat, Cole?" I asked him. There was no one else around.

I walked away, my head hung low, dejected.

As you can see, my animosity toward Hamels is completely plausible. The host of the show, however, knew nothing of this backstory.

"Really?" he asked, slightly taken aback. "It surprises me to hear you say that. Cole Hamels has been a solid starter for the last eight years."

"Hmm, I don't think so," I persisted, though I didn't doubt for a second that he was right.

"Really?" he said again. "In that case, name five solid starters in the MLB today. I'd love to hear this list of yours."

I started racking my brain for names of pitchers, let alone stellar ones. I wondered whether guys like Cy Young or Sandy Koufax were still going at it after all these years. After what felt like an eternity, I simply said: "I don't know if I can."

"Okay," he said. "That's fine. You're entitled to your opinion. But I could not disagree with you more. Now that we've got that question out of the way, let me ask you this: what's your best sports-related memory from the past six months?"

I told him I didn't have one. He thanked me for my call and quickly hung up.

Cole Hamels has since been traded, and I don't even mind admitting that I'm not entirely certain to which team he has been given. I want to say the Texas Rangers, but for all I know, he could be playing basketball for the New York Knicks. It really doesn't matter to me, so long as he's out of Philadelphia.

The moral of this story is simple and beautiful: just be yourself.