Basically What We're Gonna Do is Sex

Followers of my musings, or as I prefer, "Moose-ings," are well aware that Lindsay Lohan and I are no longer an item. She's into what she claims are girls now, and as the old idiom that really isn't old ‘cause I just made it up goes, "Vaginas don't just grow on mes" (mes as in me, only plural instead of trees…oh you get it).

In fact Lindsay has stopped reading this column altogether as of late, but that's probably for the best ‘cause I have to confess something to you folks at home:  I have my sights set on another hot girl owned by the Walt Disney Corporation, the star of High School Musical and that crappy non-puppet Thunderbirds movie, Miss Vanessa Anne Hudgens.

Gone is the innocent 16-year-old. The new Vanessa Hudgens is strictly for adults only.Now I'll admit, when I first saw HSM I thought it was a middling effort at best, as far as Disney Channel original movies go.

Here are some of the Disney Channel original movies that I rank as better:

My Date with the President's Daughter – This one features Eric Mathews from Boy Meets World and was decent overall, but Mr. Feeney should have played the president.

The Luck of the Irish – A kid transforms into a leprechaun, which somehow causes him to play basketball.

Mom's Got a Date with a Vampire – Where that lady who was on Sabrina the Teenage Witch dates a vampire who probably plays basketball.

And of course, The Kim Possible Movie: So the Drama – This one also features Eric Mathews, this time as the voice of Ron Stoppable, who finally hooks up with Kim!  (Although this was actually better than most theatrically released movies.)

If you're curious why I've seen so many of these, let's just call them "films," it's thanks to a time-honored tradition a few fellow alcohol enthusiasts and I cooked up and cleverly dubbed, "Watch the Disney Channel and drink!" For those of you wanting to play along at home, here are the rules: every time you watch the Disney Channel, you drink. (Substitute the Sci Fi Channel and play, "Watch the Sci Fi Channel and drink!" for similar results.)

One faithful day we played the game while HSM was on, and though it was no Wendy Wu: Homecoming Warrior, one aspect of it stood out: the beaming performance of Vanessa. Of course, she was forbidden fruit back then, jail bait, but I think we all knew we wanted to hit that once she hit voting age. 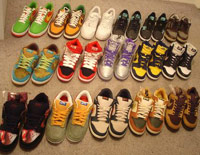 Sneaker night for sneakerheads.And she has an amazing new single about shoes.

Yeah, that's right, it's "Sneaker Night," and being that many of my loyal readers are pre-teens, it's no doubt already in heavy rotation on quite a few of your iPod playlists.

Have you noticed that even though the song is transparently about glow-in-the-dark footwear, if you dig a little deeper there seems to be a much more grown-up message attached? I'm telling you, folks, this is a new Vanessa. Gone is the innocent 16-year-old who engaged in pre-marital fornication acts and posed for explicit nudie photos. No, this new Vanessa is strictly for adults only. 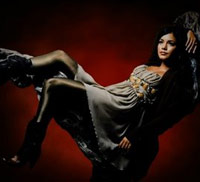 Sneaker night for sneaker head.According to the Merriam Webster online dictionary "basically" means "a simplified explanation containing only the most essential point." So "basically what we're gonna do is dance," but for all I know, probably we'll also be dressing up in Berenstain Bear costumes with strategically-poked holes for our sex organs!

Or perhaps "basically what we're gonna do is dance," but in addition to that she's planning on making me punch her in the vagina!! I mean how should I know what aspect of this so called mysterious "sneaker night" ritual Vanessa Anne Hudgens would consider unessential to explain!?

This scared me a lot, but it also intrigued me, so I decided to take a chance and add her to the list of possible future celebrity Nick Moose girlfriends. Yes, I know it's true there may be one man standing in my way, but it's only Zac Efron and he's probably secretly boofing one of the Jonas Brothers or something so I don't consider him to be any great threat.

Don't worry Mooseheads, by the October release of HSM 3 I predict  my always-expanding teeny bopper fan base will afford me enough star power leverage to secure a night with the be-sneakered one herself. And then we'll see "basically what" happens.