The Emmys give out awards year after year to the best that television has to offer, but what about the worst in television. Film has the “Razzies”, TV has nothing. So, I sat down with a few beers and came up with the 5 worst TV characters from successful shows. Shows that were on for more that four seasons. I also made it a rule that the characters had to be in the opening credits at one time during the course of the show. Here you go, TV's biggest atrocities.

5. Lisa Turtle Saved by the Bell
What in the hell did this character bring to the show, other than appeasing the NAACP? Anything? I've been sitting here for 30 minutes trying to remember a good episode where she was prominately involved. I may be a little drunk but I'm sure very few exist, and out of those she probably wasn't even the main focus of the episode. The only time she was remotely amusing was when Screech was involved and when you have to rely on Dustin Diamond to carry two characters you know you're asking for a lot. I think this show would have done a lot better if they would have just left her out and had Screech lust after random girls every other episode. Also, Lark Voorhies is the only one out of this cast not to have anything resembling a career after this show. I can say one good thing about her is that the producers had the right idea not signing her on for The College Years. 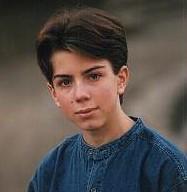 4. Mark Taylor Home Improvement
This kid annoyed the hell out of me almost every episode. This kid fit into this show like Marilyn Manson at church. You had a show which was pretty much about men being stupid, which was portrayed well by Tim, Brad, and Randy. Then you have this queer misfit that just doesn't fit in at all. I wish I could have bet money that this kid was going to end up being the most messed up by the end of the show. The only way the writers could get a laugh out of this character was to beat the hell out of him or make him seem a little girlish. Just to give you an idea of how bad this actor was, his profile on IMDB only says “avid paintball player”. Which means that his acting career is over and all he has to show for it is the annoying youngest brother, who had turn goth to stay somewhat interesting, on a show that wasn't that great in the first place. 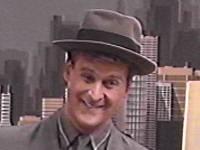 3. Uncle Joey Gladstone Full House
This is probably the most unrealistic character that I have ever seen. I mean you have to be a complete loser to be living with a man and his three underage daughters while wondering around impersonating old cartoon characters that or a pedofile. Joey came off as annoying 80% more times as he came off as funny and I'm being generous. Other than Jodie Sweetin, he is the only one who hasn't done anything since the show(Candice Cameron-Bure married a hockey player which is more than I can say for being the inspiration for a whiney Alanis song). I refuse to count America's Funniest People as something only because it was a blatent ripoff of America's Funniest Videos. And when you have to resort to The Surreal Life your career is on its last legs (unless you're Flava Flav). Its pretty sad when you peaked as a horrible character on a cheesy sitcom.

2. Little Richie Crawford Family Matters
Here's another kid that had no right being on television. He was probably the first person that I wanted to hurt just because he was so bad. He also had a slight physical resemblence to Little Richard, which I'm sure was intentional right up to the absolutely horrible jheri curl. Bryton McClure had to have had a real life parent that made him go out into public with a hair style that was on its way out of the fashion world. Most of the time comedic genious Jaleel White had to carry him and Eddie through scenes. The thing that bothered me most about him is that he only made the show worse. The show had absolutely no use for him or his sister. Also what kind of parents would teach their little boy Michael Jackson moves. He had to have done the moonwalk or spinkick at least 20 times. He was just asking to get molested.

1. Blossom Russo Blossom
First of all how can a young actress who looks like she was hit in the face with a car get a lead role in a sitcom? I can't remember a time when I was more uncomfortable when I was sitting there watching her talk about her period for the first time. It was early 90's and I had no knowledge of the menstral cycle at that point. That episode tramatized me to the point to where I get the shivers anytime the details of the “special time of the month” are brought up. Her wardrobe was also rediculous. At no time in my life did I ever see someone wearing a denim hat with a flower on it. Come to think of it I hated everything about this show. I mean what teen in there right mine actively tries to set there single parent up on dates and get them laid? She had a friend who if I remember right was obsessed with sex. The biggest reason why I hated this show is because it is responsible unleashing the Lawrence brothers on America, which I have compared to bringing SARS to america. Something that at the time seem life theatening, but we now seem to have it under control.

Who did I miss?

I’m such a rule-follower, I lower my voice when I look through those Little Free Libraries.