Softees: Five Reasons Americans are About as Hard as Pudding

How Americans became softer than ice cream in the summer.

Yes, America…you're soft! As you pull your handkerchief out of the inside pocket of your three-piece Brooks Brothers suit and cry, let me give some context: people used to die on the assembly line, or on the sides of cliffs, making room for two other people to die in their place. Remember when Americans could get dysentery and be trampled to paste by a horse somewhere along the Oregon Trail?

Of course you don't…we didn't have to deal with that. Men (and some women) worked on metal behemoths without safety wire for 18 hours and only slept when they fell to their deaths. If that happens today, lawsuits are filed, production is halted, unions intervene, and riots commence. Nowadays, a lawsuit is waiting for you if you threaten to strike.

When did we get so damned soft? 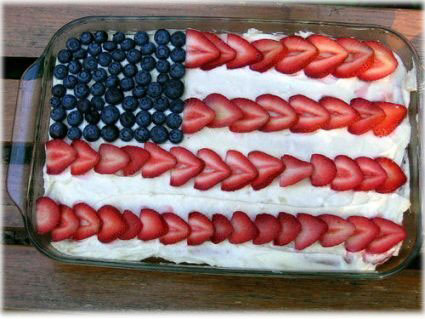 Our ancestors made the things we take for granted each day. They survived WWII. Try that on for size. Lots of alcoholics after the War…no one knows why. Obviously, regulations and rules have been put into play for the betterment of your fellow countrymen and women. However, people have found so many other things to cry about, that one can only wonder: what happened to our backbones? Weak!

So, I'm a black guy, right? That's plain to see. It pains me to have to say it, but I will: black people, shut the fuck up! Everyone wants to point fingers at racist whites. But what about blacks who are racist toward each other? Despite the fact that blacks have the greatest purchasing power (at $1.1 trillion) we hate supporting each other, because, as so many of us so boldly ask, "Why he got more than me?"

As long as we have that mentality, how can we expect others to take blacks seriously? Keep marching, keep protesting, and see how much you change a mindset that's been standing still since before Martin had a dream.

What we've been doing hasn't been working, and we all need to come to grips with that. Stop complaining, stop marching, start changing. Unite in your communities, cling together, and stop this black-on-black thing. Cops kill blacks, but more blacks have killed more blacks than any cop ever could! Nut up and be the change you want to see in the world. End of cliché.

4. Our education system is garbage.

Yup. It's a big bowl of shit-smeared Cheerios.

But, unlike the popular myth that says we were once at the top of the food chain for education, Brookings Institution scholar Tom Loveless says America "was never number one and has never been close to number one on international math tests. Or on science tests, for that matter…." If you really want to fight the school system on this (white people, I'm speaking directly to you), get together, put hundreds of your children in black schools, and then complain about how many of your kids are getting turned into Swiss cheese on rye. Maybe that will get the ball rolling in the right direction.

Pretty sure that'll do it.

Studies show we are more medicated than ever. We have become a nation of pill-poppers, when most of us probably don't need them. I don't just mean those who abuse the drugs, of course. I see dead people if I'm off my meds, so let's keep me on them.

I can attest to the powers of overmedicating, of course. I've had several surgeries and damnit if those drugs aren't tasty. I'm a veteran and I suppose they've tired of turning us into dope fiends now, but it used to be easy in the military. We got drugs easier than candy; we got drugs as easily as breathing air.

I'm also talking about the misdiagnosing that's being done. It's done more often than one would think. And why? Healthcare spending in America is a bit over $3 trillion.

A nation of people on meds they don't need for symptoms that aren't there? Weak!

Donald has really been doing his best to say and do things people don't like. He's been very hard to swallow. And that's what she said.

But really, I don't see why people are still complaining. He's always been an ass. I mean, anyone who tortured themselves and sat through The Apprentice knows that. But it was "good TV" and so we kept watching because we didn't hate the guy. We didn't love him. We loved to hate him. All of us are a little sadistic in that way. We love the drama, even when it gets to be an almost unbearable thing, we want more. We love to hate Trump. I'm proud to say that I love to hate him, really I am. I'm fueling my own and the media's insatiable need for hypocritical babble and self-perpetuating drudgery. Hooray me!

His elevation is our fault. So suck it up, cross your fingers, and if he wins, bend over. Again, that's what she said.

I think we've spent enough time rehashing this guy's obvious flaws. Accept accountability for putting him there, America (and by that I mean of course the wealthy and elite, not so much us regular folk). You liberal and conservative Wall Street guys? You're the worst judges of character. Weak!

So we're moving on.

1. We put people in prison at the drop of a hat.

There it is. Another crime. That's old news. Shut up and go walk the dog.

We have always been a criminal society. I mean, hell, I wouldn't be here if it weren't for all sorts of laws the British broke, dragging whatever native clan my people came from across international waters on an unknown boat to somewhere over here that originally belonged to some Native American tribe. As you can see, there are lots of blanks where history should be. But there's no mistaking that we thrive off crime. We all know how lucrative putting people in prison is, right?

How can we call ourselves free when so many of our people, so many innocent people or perpetrators of very miniscule offenses, aren't? I had a dream that we were once a democracy, then I woke up and realized America has always had dictators. Weak!

I see the hypocrisy of this article, as I'm griping about America's griping. I'm okay with that. I'm an American, after all. Weak!

Related
Totally Logical Reasons Why People Won’t Rush to See You Post-Pandemic
Andrew Baldwin
How Opening Up About Going Gluten-Free Gave Me the Confidence to Bore the Shit out of Everyone I Meet
Rebecca Anderson
Forgetting Your Password: The Five Stages of Grief
Ashley Ingle
I’m a Movie Villain and Here Are 40 Reasons We’re Not So Different, You and I
Lillie Franks
Resources