10 Things Every English Major Will Do

"Gain a useful degree" not included.

1. Read HOWL by Allen Ginsberg, and know why having read it makes you superior to the rest of campus. 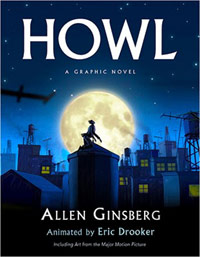 Learn to be able to condescendingly reference it in casual and entirely unrelated conversations. Mid-semester you'll realize that this skill is useless as no one knows what you're talking about and everyone thinks you're just being a pretentious douche. To silence them, gently remind them that it's not that you're pretentious, it's that they're unenlightened. This goes over especially well if you're wearing a fedora.

2. Discuss feminism in whatever book the class is reading whether or not the subject of feminism is at all relevant.

Debate which lighter fluid is most effective for bra burning, and arrange for post-class meetings to discuss why men suck, which will only further bunch everyone's panties. If one of the two guys in the room makes a polite, relevant and insightful statement, the entire female section of the class will bitch at him until he drops dead from sheer annoyance, before making the other guy deal with the corpse because it's too heavy to lift, and we're women after all. Be a gentleman for chrissake.

3. Some sort of exercise involving folding a piece of paper in half horizontally, writing a paragraph on the top half, and rewriting it with less fluff in the bottom half.

This is the longwinded way of saying, "Your essays are full of crap, please remove it," which is stupid because the professor could just say so instead of spending an entire class on this, which I'm pretty sure is the exact point the professor is trying to make. Following the assignment instructions, a 30 minute debate will ensue as to whether folding a piece of paper in half "horizontally" means hamburger-style or hotdog-style. The professor won't be sure either.

4. Spend two weeks of class watching the movie version of whatever inevitable Shakespeare reading has been assigned. 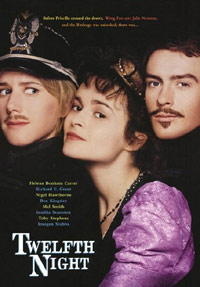 This is done for two reasons: the professor knows no one will bother reading Shakespeare, and all English professors are obsessed with the idea that Shakespeare must be seen, not read. Catch up on sleep while the professor mouths along with the lines and mirrors the gestures of the lead actor. Wonder, and not for the first time, how many cats your professor has. Realize that you, too, are an English major and would probably end up the same way except for the fact that your ideas are infinitely more original and insightful.

5. Guest speaker about why being an English major is entirely useful and all the doors it opens.

Relax and allow the uneasy feeling that none of the other majors have to justify themselves, and there's probably a good reason for that to spread. Reassure yourself by thinking about your million-dollar novel idea about a decaying raccoon that is actually a metaphor for the consumer society we live in. Mentally write your Pulitzer acceptance speech, and once the speaker has left call home to talk about how optimistic you are about your future and to ask for more money. Ignore your parents' attempts to gently steer you towards any major but English.

6. Freak out about the first essay assignment of the semester.

Panic for a few days about your lack of insight on the book you didn't bother reading. You'll probably attempt to email your class to see if anyone has notes, but inadvertently email the entire English major listserv, which will earn you a dozen or so well-worded rebuffs at your email incompetence. Dig the hole a little deeper by apologetically responding that you're an English major and therefore not very bright. Eventually you'll give up on responding to hate mail and write a half-assed thesis statement based on the one line of notes you bothered taking, and then fill in the rest of it with a combination of fluff and incorrect conclusions based on said fluff. You'll receive an A, because all of English literature analyzation is bullshit and you wrote just that.

7. Sit in the Union before class begins wistfully listening to the business majors discuss their summer internships.

Wonder what it must be like to have a promising future. When asked, tell people you're spending the summer with a famous author, and then abruptly change the subject before it's revealed that you just plan to read Catcher in the Rye for the 43rd time and attempt to tan even though you've spent so much time indoors reading that your paleness just blindingly reflects light rather than tanning. Edward Cullen was probably an English major. Real vampires don't sparkle.

8. Discuss Proust in a dignified manner.

Realize halfway through the discussion that no one knows if Proust is a book, an author, or a kind of cheese. When the professor tries to steer the discussion in a vaguely relevant direction, just speak louder. Volume drowns her out and makes your statement truer. At this point no one has any idea what they're talking about, so the discussion topic will switch to how great it is that discussing literature allows for discussion of philosophy. Here the professor will beam and chime in with something along the lines of "See, philosophy is yet another relevant and job-filled area that an English degree can help you with!"

This always inspires a fiery discussion about why it's actually The Man who's keeping English from being a reputable major, killing journalism, and giving power and wealth to the least deserving. Everyone will get caught up in the conversation and decide to meet up over the weekend to discuss everything that is wrong with society, and to organize a protest. The rest of class will be spent arguing about which coffee chain to go to.

10. Around week 6, realize that there are no tests and even the final exam is an essay.

Skip class for the rest of the semester. You'll swear you're going to read all those books you've been meaning to, but instead will spend every day in an internet stupor watching cat videos. Around this time it will occur to you that it's probably possible to graduate with a major in English without ever attending class, and that is why you'll be happy with your major until you graduate and enter the real world, where discussing the significance of milk in Tess of the D'Urbervilles is even more useless.