The Pert Plus Crystal Meth and Napalm Challenge

Find out about this great contest (almost) sponsored by Pert Plus! Win a Porsche*!

Hi there. I've recently been asked to endorse Pert Plus shampoo to you, the Pointsincase.com reader. Unfortunately, I was also told immediately afterwards not to endorse them as soon as I pitched my contest column idea for "The Pert Plus Crystal Meth and Napalm Challenge."

We never got much further than the name. That and the fact that I would be listing several (probably) fake recipes for drugs and explosives featuring Pert Plus as the primary ingredient. They didn't seem to think that was the best move for their public advertising campaign. Corporate types are finicky that way.

And since this isn't actually an ad (because apparently my comedy is too edgy and/or weird for The Man), I guess it's gonna have to be a parody. And that means it's going to be filled with outlandish lies and ridiculous claims that do not portray Pert Plus accurately in the slightest. You hear that, Pert Plus? We could have been laughing with you, not at you. Suit yourself.

And granted, I'm not quite sure how I would have actually gone about making up rules and judging a contest called "The Pert Plus Crystal Meth and Napalm Challenge," I'm sure I would have come up with something. Maybe funny home videos of people overdosing and/or exploding as a result of their homemade Pert Plus drug-bombs. But once again, corporate types don't generally go for that sort of thing. In fact, anything involving drug-bombs is usually going to encounter some resistance.

And to be fair, the Pert Plus representative who emailed the editor of PIC actually liked the idea of The Pert Plus Crystal Meth and Napalm Challenge…but not as much as he liked not getting fired. So he declined.

And now we'll never know what hidden treasures were locked away inside the Pert Plus prize package. A brush? A hat? A visor? A mouse pad? Refrigerator magnets? A coffee cup? A stuffed elephant? Who knows?

Maybe it came with hundreds of little hotel-sized bottles of shampoo. You could sell them on the street for fifty cents a pop. Well that's fine, because we can just steal those from hotels. And our editor has personally offered to take up a neighborhood collection of half empty bottles of Pert Plus to be donated in support of this not-officially-endorsed fake contest. So we just might have a prize package after all.

So here's the contest:

Write a skit, monologue, poem or essay of any length in the comment section of this article concerning the fantastic mythical properties and legends of Pert Plus, and why Mike Lamb should be paid one million dollars for his viral marketing tactics**. Anyone may enter, but only people with registered accounts on this website are eligible for hypothetical prize packages which may or may not exist.

We will also accept posted links to drawings, videos, webcam rants, and memes uploaded to a video or image hosting site. If you have any dumb questions, please leave them below so that we may publicly mock you with sarcasm.

So good luck! And remember, use Pert Plus! It cures cancer. 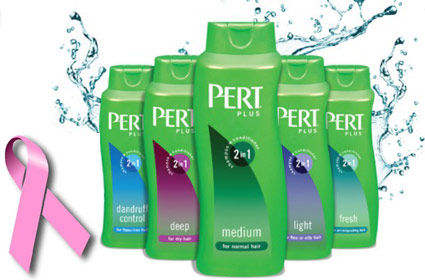 *This is one of those lies I warned you about.

**Legal disclaimer: All claims regarding Pert Plus are intended as parody only and are not paid for or endorsed by the makers of Pert Plus. Any and all jokes contained within this article are the intellectual property of Mike Lamb and Pointsincase.com. Any attempt by the makers of Pert Plus to incorporate ideas taken directly from this article into current or future ad campaigns without financial compensation will result in a lawsuit. This also includes advertising slogans and promotional ideas presented within the comment section of this article. All anonymous unregistered posts are considered copyrighted by this website and its editor(s). You had your chance, Pert Plus. No free rides.

Related
Old Friend, We Sure Have Made Something of Ourselves
Adam Dietz
I See Something in Your Past, Present, Future, or Not At All
Danny Dalah
An Open Letter to Shark Experts and Statisticians
Jason Garramone
I’m Not a Monster, I’m a Method Actor
Adam Dietz
Resources