Even if the big bang theory is proven to be true, WHO CARES?

I count on smart people to make my life easier and protect me from harm. They have their jobs, I have mine. So when smart people waste time on stupid tasks, it doesn't just bother me, it worries me. And perhaps the stupidest thing I can think of that thousands of smart people waste enormous amounts of time doing is hovering around very expensive, very large telescopes filled with rows and rows of very large mirrors, trying to figure out how the universe was created.

The benefit to mankind of knowing the origin of the universe is… what?

And the chance that we on Earth will ever really know the answer anyway is…? 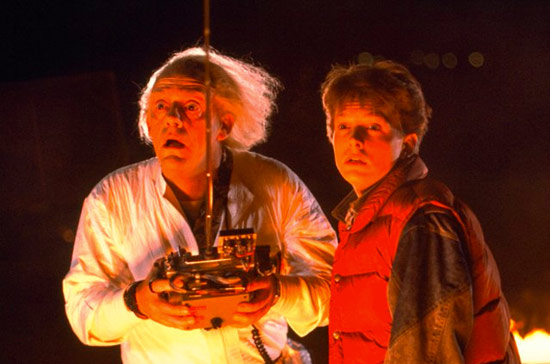 Scientists today: “Stuck in the Past”

So far, the best idea smart people have come up with to explain the origin of the universe is the big bang theory. I have no idea whether the big bang theory is valid, I just don't think it matters, other than as a good excuse to not do work.

“Honey, I'll take the trash out just as soon as I have more proof that the big bang really started the universe.”

“Okay, dear, I can understand how you feel. Can I bake some cupcakes for you?”

It doesn't matter whether you believe God created the universe, or you claim to believe that all of this just happened one day by itself, like there was nothing, and then suddenly Mr. Baskin and Mr. Robbins appeared and opened an ice cream parlor and it all began.

Either way: so what.

If the big bang theory is proved to be an unchallengeable fact, will there be peace on earth?

Will lobsters grow on trees?

Will real mayonnaise taste the same but have no fat?

Here's a question: What happened before the big bang?

Why aren't scientists wasting time on that, too?

If it's so important to know how the universe began, why isn't it important to know what happened when the big bang was just a gleam in Baskin's and Robbins' eyes before they thought about starting the ice cream business and calling it “ice cream,” but not until they'd created 31 flavors?

People who try to make order out of the origin of the universe are called “cosmologists.”

People who try to make order out of other peoples' appearance are called “cosmetologists.”

People who try to make order out of what everyone in the office wants ordered in for lunch are called “assistants to.”

I understand that when scientists sit around and theorize about things like the origin of the universe, sometimes it does lead to real world solutions that benefit mankind.

For example, if Einstein hadn't spent all that time trying to figure out relativity, we wouldn't know how to launch a spaceship so that it can sling-shot its way out of our solar system and burn up in the atmosphere of a planet millions of light years away, and then where would we be?

I'd be more interested in the origin of the universe if it would provide answers to some burning questions of my own. For example:

It would be nice to be able to blame someone in particular for starting the universe.

They keep claiming that forces beyond their control force them to make windfall profits twice a year.

Now there's a mystery cosmologists are perfectly suited to investigate.

After all, they're already experts at using mirrors to study grand illusions.

Related
I Ran So Fast to My Parking Meter That I Ripped Open a Wormhole in Time
Maps Levine
Is Your Husband Pooping or Building the First Working Model of a Commuter Spaceship?
Katherine Steinberg
I Just Returned from Space and I Will Bring It Up at Every Social Gathering
Bryan Brunati
Resources