Handing Out Awards for the 2011 NLCS

The St. Louis Cardinals earned these lines from Ocean's Eleven.

I know I don't post much around here anymore but if you thought I was going to let the fact that my hometown St. Louis Cardinals are National League Champions go undocumented on this-a-here website, well then, to borrow a phrase from my old high school Calculus teacher, "You weren't thinking." 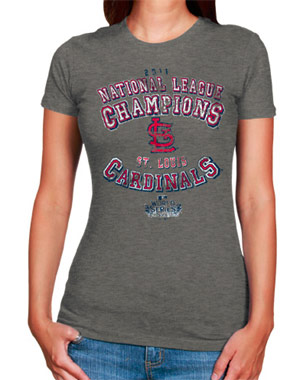 A long tradition amongst internet sports writers is the old, "Handing out awards using movie lines" gimmick first popularized by the artist formerly known as Bill Simmons. And well, it's a gimmick I like and have used before so I'm dusting it off again.

I thought off and on (mostly off) for three days trying to come up with a movie that best compares to the 2011 NLCS in which the Cardinals defeated the Brewers of Milwaukee 4-2 and I came up with Ocean's Eleven. I feel the two compare because both offered a star-studded cast, tons of moving parts, way too much planning, and of course, both required a relative suspension of disbelief. If you can think of a better movie to compare to the 2011 NLCS, congratulations, you don't matter to me at all.

On to the awards.

"I'm gonna get out of the car and drop you like third period French."

The cheesiest line in the entire movie goes to the cheesiest ballplayers of the entire postseason: Brewers Nyjer Morgan and Zack Grienke, both of whom talked a lot of smack and didn't back it up. Enjoy hunting season, fellas.

"You guys get a group rate or something?"

The most deadpan line of Oceans Eleven goes to the St. Louis Cardinals bullpen. They pitched more innings than the starters, they pitched better than the starters and they basically won this series. All those pitching changes make for a frustratingly slow game experience, especially with TBS basically going to four minute commercial breaks every time they could, but who really cares? What's important is winning and that bullpen is the best bullpen I've ever seen in any postseason series ever.

"You think we need one more? Alright we'll get one more."

The line that wrapped up the planning portion of the heist goes to the planningest manager in baseball. Tony LaRussa once again carried too many pitchers, once again made too many moves, once again over managed like the OCD nutball pseudo genius the MLB knows him to be and actually got it all to work. Really, I'm as surprised as you are.

"Saul, you're the best there is. You're in Cooperstown. What do you want?"

This cut-to-the-chase line goes to Lance Berkman, the injured slugger whose career was left for dead, who came back to his All Star form and who would probably cut off his right arm for a World Series ring. He could have retired. Many thought he should have retired. And yes, some casual fans were pretty sure he had retired after 2010. But he came to St. Louis and played like he used to before baseball fans forgot he existed. And the only reason he chose the Cardinals (other teams offered more money) was a chance to win. Sometimes, you have to give your career one more chance and see what you got left. Sometimes, you have more left than you thought.

"It will be nice working with proper villains again!"

The line from the happiest person picked up to work on the Benedict Job goes to the happiest Cardinal recent acquisition: Rafael Furcal, who has played his heart out since arriving near the trade deadline. He's playing well, playing with his friends (Pujols and Molina) and playing hard. He's more than just happy to be here. (But still, he's totally happy to be here.)

"Apparently, he's got a record longer than my… well, it's long."

Danny: "You gotta walk before you can crawl."

To NLCS MVP David Freese who led all Cardinals in Batting Average, Home Runs, RBIs and Runs Scored this series. The story on Freese is well known in St. Louis: hometown boy, always injured, lots of talent, a few problems with the law and now the series MVP. Freese was often thought of as trade bait this season and before. Now… not so much.

"Yeah. Ya gotta be NUTS, too. And you're gonna need a crew as NUTS as you are!"

To The Rally Squirrel, Torty the Tortoise and Cardinal fans everywhere. This has been one crazy postseason and the insanity has been contagious.

"You guys are pros. The best. I'm sure you can make it out of the casino. Of course, lest we forget, once you're out the front door, you're still in the middle of the fucking desert!"

The most fatalist line of the entire movie goes to the entire 2011 St. Louis Cardinals: a team that clinched the division on the last day of the season, that came back from a 101/2 game deficit to win the Wild Card, that had used its best pitcher on the last day of the regular season to get to the postseason and that was picked by no sportswriter in the world to get to the World Series. Suck it, sportswriters.