How to Know If Danger is Near

Five dead giveaways that shit's about to hit the fan.

Bad things happen, and sometimes we become victims, but a select few people in the world seem to test the whole "Jesus loves everyone" thing with their horrible luck in life. Then again, is it bad luck, or do some people not know when to get the hell out of a bad situation? Well if you're that person who has shitty things happen to them on a daily basis, then feel shitty no more! Just be on the lookout for these five strong indicators of danger and you'll soon be sweating ancient Chinese wisdom and fortune… or at the very least have a less painful life. 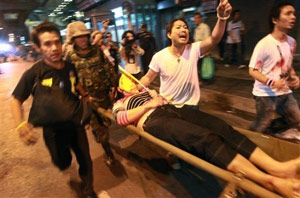 I've heard that East Asia (or parts of it) is the first to experience the day when the Earth makes its 24-hour rotation. This sounds smart enough to be true so for now let's just accept it as fact. Since this is now a fact, we can assume that hearing people in East Asia screaming in terror is a pretty good indicator that bad things are a coming your way. Whether it's a giant lizard rising out of the sea, an alien invasion, or some other slightly humorous cataclysmic event, just look to the Far East to know if you should be scurred or not. 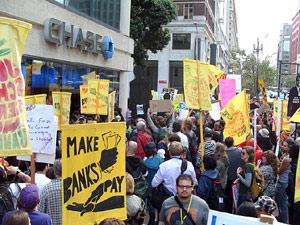 If you're in a public place—for this scenario let's just say you're at an old timey bank; that's semi-public, right?—then you should have nothing to worry about. It's a public area where people will have your back if at any point in time shit starts to get real. Normally this would happen (if you still have faith in humanity or are a defenseless child), however, not even random strangers can help you when there are people just standing and looking around for no reason. Why? Because this is a sign that either a robbery or a flash mob is about to take place, both of which are mentally traumatizing to the average man.

When that robbery/flash mob takes place, minds will be blown immediately, leaving you helpless to defend any harm that comes your way. But… DO. NOT. PANIC. This doesn't have to happen! As long as you do yourself a favor by keeping a flash mob/robbery detector on your person at all times, or run like hell from people standing awkwardly in public, then you can avoid a horrible experience.

3. Signs That Literally Say "DANGER" On Them 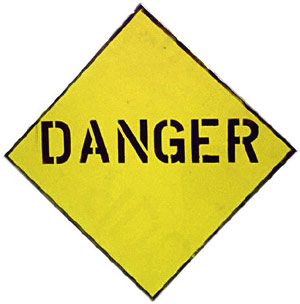 Whenever anything with the word danger on it is present, there's a good chance that you could get hurt or die in your current area. Signs with "DANGER" written on them are common in video games since they warn the gamer that they're about to get really upset when the game quickly becomes much harder after the sign is shown. But since this is the real world, the appearance of anything with the word "DANGER" is literally life trying to help you out. So when you come across this sign, accept the kind gesture that the universe has given to you, and get the hell out of wherever you are. Unless you're at a McDonald's at 9:00am of course; nothing bad has ever happened at McDonald's at EXACTLY 9:00am. 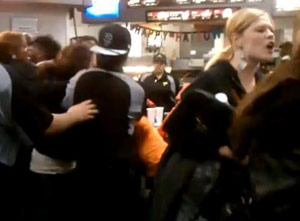 …Unless you count people battling it out to get a McGriddle as dangerous.

4. The Appearance of a Superhero 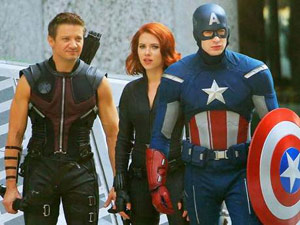 In some movies a superhero will appear if some dastardly deed is being committed. And if you ever kept watching those movies, you would see that immediately after the hero(s) appears, New York City gets destroyed and hundreds of people almost die. But it looks AWESOME!!! On the other hand, if a superhero appears in real life and just so happens to be in your area, you must assume there is evil in your immediate vicinity and depending how fast and/or efficient this particular superhero is, you may be that unlucky first person to die in the movie we call "life." Not so great.

5. The Sudden Breakdown of Your Car 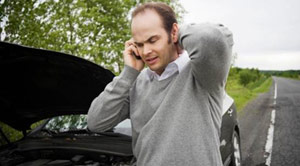 Cars are some of the most useful tools in the modern world. Millions of people use them daily to get them from point A to point B, and usually this happens with little to no crying, because you successfully hit a deer. That might just me though. The only terrifying thing about driving a car is that they can break down anywhere, any time. I've watched enough movies to know that when a group of friends are driving down the road and their car suddenly stops working, horrible things happen. And I don't want horrible things to happen to you, unless you don't like Pokémon, then I want very horrible things to happen to you. 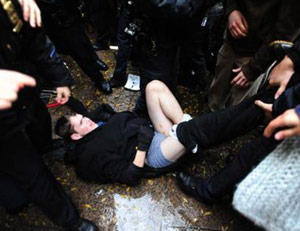 I'm sure your life will be very enjoyable without my sarcastic guidance.

But for you people who are pro-Pokémon, even though you do have great taste in cartoons, I'm afraid that your car can still break down in the middle of nowhere. So the only real advice I can offer that will prevent you from getting killed or turned into a wax statue is…be a pussy eco-friendly, ride a bike!

The fact of the matter is that danger is everywhere and it's a miracle the human race is still here. Is there a foolproof way to be 100% danger-free? YES! All you have to do is not be born, which is surprisingly hard to do without a time machine. Believe it or not, a little danger keeps things interesting, and interesting things keep me happy. So the best thing we all can do is live our dangerous thug lives and keep that one little phrase in mind… 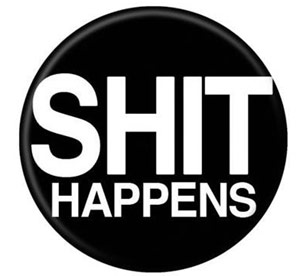