Do Not Feed the Clown

A box full of satirical delights and irreverent parodies, including 34 short works tackling the mayhem of our news cycle, and highlighting the absurdities of our socio-political climate and inconsistencies of our cultural norms.

This is not a political diatribe suggesting we starve all clowns because they're depleting our food supply. Nor is it a book full of paint-by-the-number clown jokes from 1953 (sorry to disappoint). Instead, it is a box full of satirical delights and irreverent parodies.

Consisting of 34 short works, it highlights the absurdities of our socio-political climate, tackles the mayhem of our news cycle, and highlights the inconsistencies of our cultural norms. This is a countercultural book, a bit of a challenge to the system, but in a lighthearted way and in the tradition of the courtjester.

Matt Nagin had his work banned from Funny or Die, which, let's face it, is all the more reason for you to read this book.

Covering all the important topics for 2019/2020 including:

Matt Nagin on Points in Case – Matt Nagin is a writer, educator, actor, filmmaker, and stand-up comedian. In 2018, Matt's poem, “If We Are Doomed,” won The Spirit First Editor's Choice Award. Another poem, “Birds Singing In His Chest,” was published in the anthology “New York's Best Emerging Poets 2019.” He has two poetry books available on Amazon, “Butterflies Lost Within The Crooked Moonlight,” and “Feast of Sapphires,” both of which have obtained very strong reviews. Kirkus Reviews referred to Matt's first book as “powerful verse from a writer of real talent.”

Reviews from Other Authors

“This book will make you feel like you dropped acid, fell into a rabbit hole, and entered a kaleidoscopic realm of hilarity.”
-James Israel, editor of The Humor Times 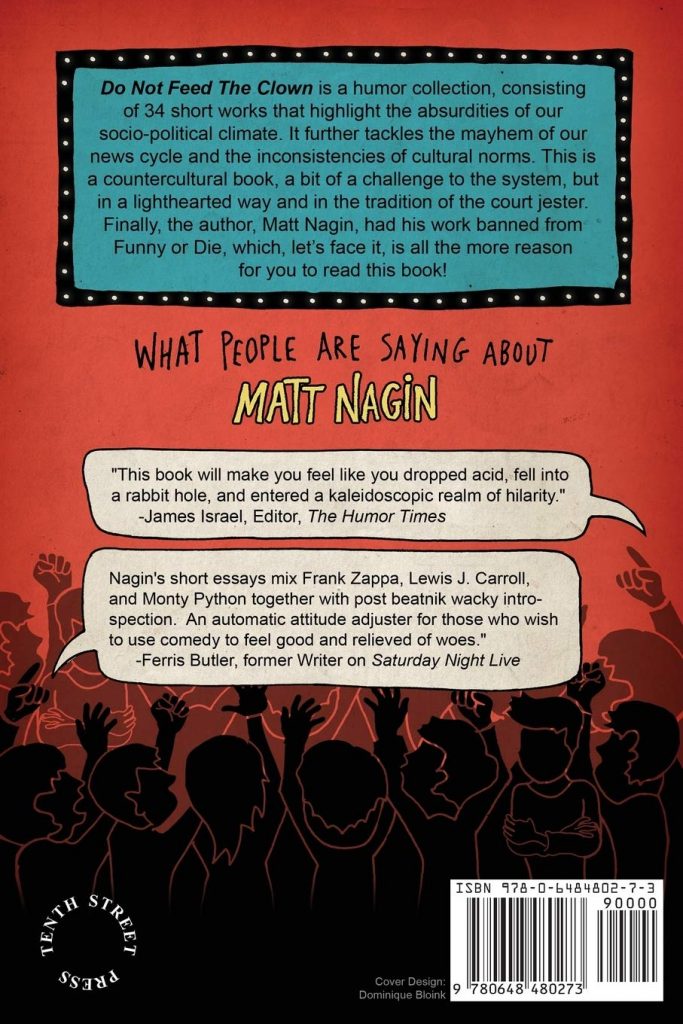