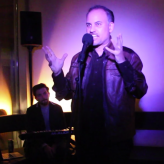 Brandon Burkhart is an LA-based Latinx comedy writer who grew up in San Antonio, Texas, where he was exposed to enough mariachi music to last a lifetime. He was one of only seven writers chosen for the 2020 NBC Late Night Writers Workshop from over 900 applicants. From 2017 until Covid-19, Brandon was head writer for the satirical late night talk sho show "The Night Cap with Stacy Rumaker," which in pre-pandemic times ran monthly to packed crowds at The Virgil in East Hollywood. Brandon's half-hour sci-fi comedy pilot "Mars Bar" finished in the Top 10 of the 2020 PAGE Awards and was named one of the Top 100 Pilots of 2020 by Launch Pad. His meta horror-comedy pilot "Salvador Dolly" won Second Place in the 2020 WeScreenplay TV Pilot Competition. As a storyteller, Brandon has won the Moth StorySLAM four times, including the Los Angeles GrandSLAM. He turned a terrible breakup into a story that was published in the book "L.A. Affairs: 65 True Stories of Nightmare Dates, Love at First Sight, Heartbreak & Happily Ever Afters in Southern California," published by the LA Times in 2021. His humor writing has been published by The Onion, McSweeney's, and Weekly Humorist, and his sketches have been featured at Comedy Central Stage, San Francisco Sketchfest, Second City's LA Diversity in Comedy Festival, and the Hollywood Fringe Festival. 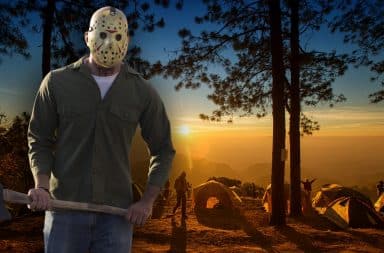 Now I know some of you were disturbed by the creepy old gas station attendant who insisted on giving us his shotgun.