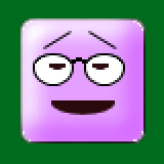 Walter T. Bowne recently won the New Jersey Wordsmith Competition for his humorous essay Omission. His fiction piece “Roots” was published in Sixfold magazine in Summer 2013. Other humor pieces have appeared in The Big Jewel, The Satirist, The Yellow Ham, Short Humor, and Monkey Bicycle. His fiction has appeared in Inkwell Journal, Alliterati, Essays and Fictions, Philadelphia Stories, Rowan Today, the NEA, the NJEA, and Weird NJ. He lives with his wife and two daughters in South Jersey. He teaches English and journalism at Eastern High School in Voorhees, NJ. Walter Bowne is a New Jersey writer of literary fiction, creative nonfiction, satire, and essays. He enjoys taking commas out and placing them back in again. He loves waking up his family at night, pacing the house, searching for the right word. He loves posing in front of bookshelves. His bookshelves are alphabetized. Please keep them that way. His wife is upset that he will not allow Dean Koontz on the shelves. Please do not give the guy a microphone and a stage. He will not get off the stage. He can often be found walking around Barclay Farms recording various ideas. His neighbors do not realize that he is a writer trying to find a voice for an authentic character. They probably believe he should be committed. A perfect day is an intravenous-drip of imported black tea from England, a quiet house, and lots of time to complete chores and play tank games when he should be writing. Walter Bowne loves colorful socks. He can wear a sweater vest for every day for a month and not repeat a sweater. He knows the difference between aposiopesis and anacoluthon, but do not ask him to spell them without a handy smartphone. For some reason, he is quite smug about that. He would like to thank Dr. Chauhan at Arcadia University for teaching him how to emulate American humor writers without being sued for copyright infringement. (They are dead). He has been known to sport a bow-tie and when the mood is right, an ascot. He started writing to impress women. After ten years, it finally worked. He once believed he was the reincarnation of Lord Byron. In imitation of Papa Hemingway, he ran with the bulls, but a week after Festival of San Fermin because it was cheaper and far less dangerous. His daughter Nancy ruthlessly edits his first and second drafts. She is in 7th grade. He does not make a change without her okay. He would like to give a shout out to his wife and daughters for reading and listening to the various editions and drafts of his work - even those long car trips, listening to Walter Bowne on CD read his prose for "the sound of the thing." Now he would appreciate them getting off the damn computer so he can write.

If not for the massage therapy, Barry Bowler would have been exceptionally down. Doobie's Hair Salon and Massage Parlor was hardly moral, but definitely enjoyable.