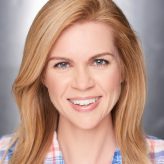 Tara has been an actor, improviser, standup, and writer for nearly 800 years. She’s a former headline writer for "The Onion" and her original feature, "Do Not Go Gently, " was a Nicholl Fellowship quarterfinalist in 2021, Launchpad Second-Rounder, Top 50 ISA, and a quarterfinalist in the Creative Voices screenplay competition. Continuing her inability to be employed at just one job, Tara also works as a location manager in film and television. She’s worked on shows like "Key and Peele," and "Playing House." She is on a first-name basis with some of the angriest neighbors in Los Angeles. Film and television appearances include: Conan O’Brien, Tosh.0, Teachers, General Hospital, and the cult horror hit, Rubber... which is NOT a porn.