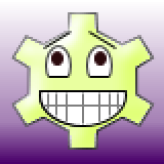 Cameron McCall is a Brooklyn-based comedy writer & performer. She has been a cast member on UCB’s Characters Welcome, and a writer for UCBNY’s first-ever all-female house sketch team. She has appeared in videos for MTV and Comedy Central and is a contributor to Reductress. Molly Brenner is a NYC-based comedian. She has toured internationally, performing at the Edinburgh Fringe Festival, Women in Comedy Festival, SF Sketchfest, 59E59 Theaters, and Union Hall.

Working Titles for Covid Summers:
– Hot Mess Summer
– Vaccine for HPV Summer
– White Boy Can Come But We’ve Got an Eye On Him Summer
– Masks On, Tits Out Summer
– What About the Variants Summer
– Eh, We All Die Eventually Summer
– Oh Right! I Hate Going Out Summer