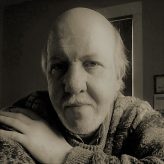 Michael Sussman, born in New York, has lived most of his years in Oregon. In the past he wrote many songs, a handful of scripts, a boxful of gags, and a collection of film reviews, essays, and poems. Some of these were published. After a long hiatus, he is writing again.