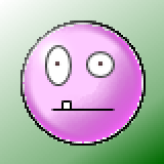 For a brief period of time, Caleb was forced to assume the identity of Peabo Bryson (seriously). Caleb has worked as a professional ballet dancer, pit crew member, scoreboard operator, dog vacuumer, juggler, magician, knife thrower and foreign currency trader. Caleb McEwen has been swarmed by over 1000 dolphins, questioned by secret service, threatened by a Tijuana cab driver, and bitten by a brown recluse spider. He has met a president, lots of senators, two former heads of the CIA, and more astronauts than he can currently remember. He has been on the stage with LL Cool J, on the court with LeBron James, on the field with Vernon Wells, and in a cloud of artificial fog with Cal Ripken Jr. Caleb has spent time in Croatia, Japan, Italy, Canada, England, Germany, France, Hungary, Malta, Greece, Austria, The Netherlands, and Iowa. In short, he gets around.

Prevailing wisdom holds that joining a gang will provide protection to an inmate. But not always. This list offers an insight into the failures of incarcerated organized crime.

As a writer, I have discovered a number of techniques to ensure the opening of your short story engages your audience while propelling your narrative forward at light speed. It is my pleasure to share these techniques with you in what I call 'The Three Se

You Are Not an Internet Badass

The internet has empowered an entire group of people who should never have been empowered. And when real life hits, they better take cover.

In its 100 years as an icon of Americana, Joe's has hosted iguana fights, allied itself with Germany, sold opium instead of alcohol, and much more.

I Really Mucked Up that Hostage Crisis

An open letter of apology from a regretful SWAT team member who put his fellow officers in danger. Just another reminder that alcohol kills.

As Hollywood prepares to have sex with itself and birth another round of formula movies and sequels, here are a few creative twist ideas.