The Three Biggest Sporting Events of 2022

Tennis, cycling, and soccer are going big this year.

We love to travel and make no attempt to hide it. Visiting new countries, meeting interesting people, trying different food and experiencing amazing spectacles. We soak up every bit of travel, from staycations to vacations. Our other passion is professional sports and combining the two is something special.

You cannot often blend a trip abroad for relaxation with a chance to tick off another of the world’s major sporting events, but when the two work in harmony, it creates lasting memories. Like sitting ringside at a UFC title bout while making predictions using your smartphone at Vegas betting online or standing at the finish line of the Kentucky Derby.

The Best Versus the Best

From the return of the Wimbledon Championships in England to the FIFA World Cup in Qatar, 2022 is the year of sport. Many competitions, teams, and athletes find themselves in a mad rush to make up for the time lost during COVID-19. That’s why many sports, including soccer, American Football, and boxing, come back bigger and stronger than before. The big names are eager to showcase their skills against the best opposition.

So, what is the biggest sporting event of the year that a citizen of the world can fit around their vacation or use as an excuse to hop on a jet and ramp up those air miles? The truth is, this year is jam-packed with sporting delights that we struggled to pick just one. So we chose three and are delighted with the results.

The sporting events listed on this page won’t just satisfy your hunger for sampling the unique atmosphere of a big event. The three fixtures featured on this page take place at impressive venues and in major cities that are tourist attractions. Get your sports hit them, and tour the stadium on a VIP pass before wandering the streets of the nearest city, taking in the nightlife. We have you covered yet again. 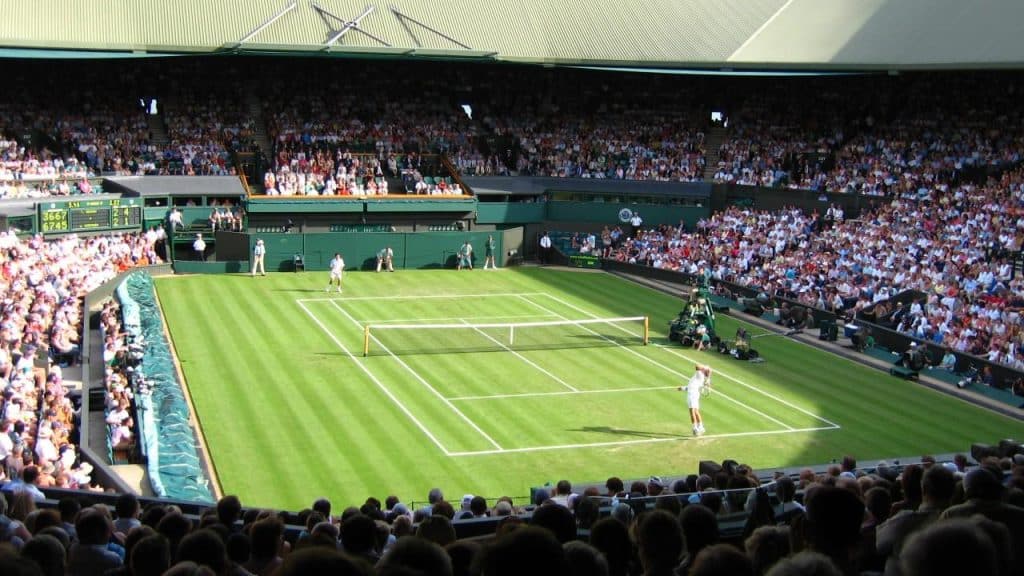 The Wimbledon Championships in London was one of the highest-profile sporting events in the United Kingdom to be cancelled due to the pandemic in 2020, and it wasn’t much better last year with restrictions in place. All that has now changed, and this Grand Slam is ready to take back its rightful place as one of the fans’ favourites.

It’s a tournament loved by all involved and celebrated worldwide. Book your tickets and accommodation in advance, then soak up the atmosphere and gorgeous surroundings before leaving to enjoy London. The city is crammed with history, culture, and energy.

This year’s Tour de France sets off from Copenhagen, Denmark, on the opening day of July, with the race coming to a close and a champion crowned in Paris on 24th July. What happens between those dates is a fantastic advert for road cycling as the best riders do their stuff, pushing for a place in the history books. There is nothing like watching the Tour de France in person, and it’s something we advise you do.

The great thing about the Tour is you can watch it from anywhere along the route, setting up camp at the start before travelling with your favourite riders and teams. Enjoy the Tour de France while making your way across borders and stunning countryside before ending up in the French capital and one of the biggest tourist cities on the planet.

This will be the first FIFA World Cup hosted in the Arab World and the first not to be played in summer. Under normal circumstances, games would already be well underway, with most World Cups played between June and July. That’s not the case this year, as all matches were moved to November and December.

It will be slightly strange to be watching international soccer during the build-up to Christmas, and the added expense may put some off traveling to watch the matches. But if you are after some winter sun and a brief getaway before the frantic festive period, then this is for you. You can apply for tickets from FIFA today, but time is already running out.