Words and Phrases I Often Use Incorrectly

There are certain words and phrases in the English language that, for whatever reason, I just can't bring myself to say correctly. Usually this is because I've been saying them wrong my entire life and only recently found out about my ridiculous errors, so I simply haven't made the mental switch yet. However, some words I just say wrong because saying them correctly sounds way more stupid than saying them incorrectly in casual conversation.

My entire life I have eaten Brussel Sprouts, not Brussels Sprouts; where the hell did that extra "s" come from?!I am of the belief that everyone has certain words and phrases they know are wrong, but still use regardless. Or maybe you have only just recently found out that something you've been saying, for what seems like forever, is totally incorrect and you want to come clean about it to total strangers. Consider the comment box below your personal linguistic confessional. This is the place to bare your soul and share with the world your deepest linguistic faults, regardless of how idiotic or stupid they are.

To make things easier on you, I'll start. 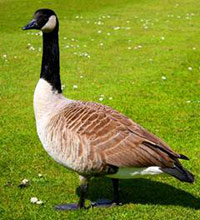 Your goose is cooked if I hear you say Canada Goose.Look, I know it isn't Canadian Geese, but for the life of me I simply can't bring myself to say Canada Geese. It just sounds stupid to me in conversation, and every single time I hear someone say it, I instantly tune out everything the person says afterward and start a mental dialogue with myself about how dumb it sounds to say Canada Geese.

I see these birds almost every single day and invariably someone mentions them, making me cringe at the sound of their name. Reading the Wikipedia entry for these birds is an exercise in linguistic tolerance if you are used to saying Canadian Geese. You don't refer to a person from Canada as a Canada Person, so why should I refer to a goose from Canada as a Canada Goose? I won't. I simply can't. I've tried to make the switch and it just didn't take. Don't judge me, eh?

For All Intents and Purposes

For the longest time I thought the saying was "for all intensive purposes" because clearly my purposes are that much more hardcore intense than everyone else's. I've said the phrase this way my entire life and while yes, I may be a fairly intense individual, apparently I've been saying it totally wrong, despite my best intent.

Here's the thing though, when said quickly in conversation, it still sounds relatively correct for all intensive purposes. The error really only comes into play when writing the phrase, and ironically, what I find most often is that my intents, when writing, are often misunderstood as overly intense anyway. So for all intents and purposes let's just pretend I'm saying it correctly, regardless of what you actually heard me say; and please don't point out my mistake, or things are going to get intensive really quickly. 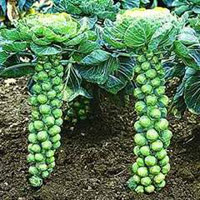 Don't they look like some kind of diseased alien plant?My entire life I have eaten Brussel Sprouts, not Brussels Sprouts; where the hell did that extra "s" come from all of a sudden? Was it always there?! About the only thing stranger than trying to say this vegetable with that extra "s" at the end of "Brussel" is how they grow. Have you ever seen a bunch of these on the stalk? They look like a small tree with a disease, and you're supposed to eat the weird growths coming off of its diseased trunk. Seriously, every time I see a stalk, with the sprouts still on them, it makes my head itch and gives me the heebie jeebies, even though I actually don't mind the taste of them.

The only thing more annoying than that extra "s" though is when people are buying them in the store and actually pick them off the stalk when they're supposed to buy the entire stalk! Every time I buy a stalk I can't help but think some dumbass jacked me for a bunch of my Brussels Sprouts by putting a few in a bag by themselves. Read the sign you fucking moron, the price says "per stalk" and it's safe to say that if you see a stalk of something in a store then they're being sold by the stalk and the store doesn't expect you to do the harvesting yourself! The only solace I take is in knowing that this person likely got charged for the entire stalk anyway after they picked a few Brussels Sprouts off.

I have perfect vision. Just sayin'…I've always been blessed with perfect vision despite the large amount of reading I do, thus I only ever heard this word from other people describing their own eye problems. So when people told me they had "astigmatism" naturally I thought that they had "a stigmatism," but I still had no idea really what it was or what it meant. Upon further research and understanding, I don't even think saying "an astigmatism" is technically correct, but for whatever reason my brain simply refuses to treat this as one word.

Regardless how you say it though, whether people go with-the-rule or against-the-rule, it can make a distinct difference in how they're seen. Either way, when it comes to talking about astigmatism, you are always either seen as regular or irregular. What makes this not just a simple issue or a compound issue is that some people tend to be mixed when it comes to viewpoints regarding astigmatism.

It's a Moot Point 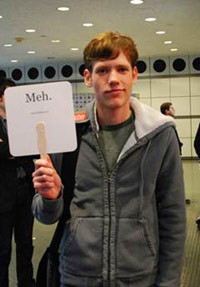 Ironically, Christopher Poole is often mute when it comes to points.This one, admittedly, has always tripped me up and also gets the most laughs from people when I use it wrong, because I thought the phrase was "it's a mute point," as in we don't need to speak about it anymore. What makes this even more maddening to me is that if you actually look up the word "moot," it's defined as "debatable, or subject to discussion," which is the complete opposite of how it's used when describing a point as moot.

A "moot point" is legally defined as "one that need not be decided, due to a change of circumstances." That's a serious linguistic mind fuck right there ladies and gentlemen! When you say something is a moot point, you are really saying that the point is the exact opposite of what it actually means to be moot. Call me ridiculous if you want to, but I still say that something being a mute point makes far more sense linguistically. However, I'll remain quiet on the matter when it comes up in conversation, because I know that technically I'm wrong and debating it is really just a mute point.

Of course, speaking of points, you'll hear me use this one "incorrectly" quite often, but if you haven't figured out why I simply refuse to say "Case in Point" instead of "Point in Case" and you are here reading this column, then for all intensive purposes it is really a mute point trying to explain it all to you.

Please share with us, in the comment section, some of the words or phrases you recently found out you've been saying incorrectly for years, or better yet, ones that you know are wrong, but refuse to use correctly.

Related
You Should Quit Social Media Because You Are Being Pursued by a Hideous Creature of Your Own Making
Janay Lovering
Mom, Dad, I Think I Might Be Disney’s First Gay Character
Audrey Clark
I Apologize for the Clown That Was Juggling at Your Grandfather’s Funeral
Kurt Zemaitaitis
Resources