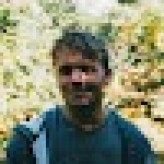 The human body is magnificent. No other animal eats as much Chex Mix as we do.

Every few times I go to the dentist I give him a good bite while his fingers are in my mouth, just so he knows not to mess around in there.

If there were laws for dogs they’d probably stop messing around all the time and get to work.

It’s a shame that the cave people could travel across the ocean millions of years ago for free using a simple ice bridge, yet today we spend millions on air travel.

Beggars should not be choosers. They should be cooks, firefighters, scientists, something that pays.

If you’re ever on the run from the law, don’t get into a chase. That’s how they catch you.

They tell me I shouldn’t eat so much red meat because of how it disrupts everyone else at church.